Pep Boys In New Deal With Bridgestone, New Offer Amounts To About $947 Million 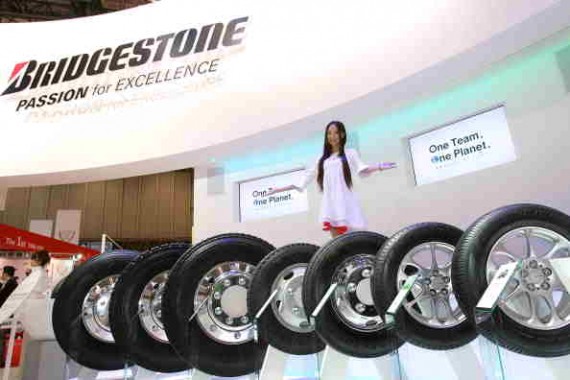 Bridgestone Americas, Inc.  has announced in a press release that Bridgestone Retail Operations LLC, a wholly owned subsidiary of Bridgestone, has amended their Agreement and Plan of Merger that is dated October 26, 2015, with Pep Boys - Manny, Moe & Jack.

Bridgestone will be acquiring all the outstanding common stock of Pep Boys for $17, or approximately $947 million, up from the previous offer of $15.50.

Bridgestone said that the revised offer price of $17 per share provides approximately $84 million in additional cash to shareholders.

The board of directors of Pep Boys also continues to unanimously recommend the company's shareholders to accept Bridgestone's offer.

Stu Crum, the president of Bridgestone Retail Operations, said that both companies have long and successful histories.

He also said that "Pep Boys and Bridgestone share a common vision for the future - to continue to build upon this 100-year foundation to form an even stronger company, one that is renowned for its commitment to being the most trusted provider of automotive service in every neighborhood it serves."

The Wall Street Journal said that Icahn Enterprises LP, the publicly traded company of Carl Icahn, said on Wednesday that they are willing to pay an additional 10 cents a share more than any Bridgestone offer.

The company is willing to do this up to $18.10 a share, under a "ratchet" structure.

Icahn believes that Pep Boys' auto-parts division is an ""excellent synergistic acquisition opportunity" for Auto Plus, one of the companies Icahn controls.

Icahn, though, said that his offer wouldn't apply if, during the matching period, Pep Boys agrees to an increased breakup fee with Bridgestone.

The termination fee payable by Pep Boys to Bridgestone under certain circumstances, including a termination in order to enter into a superior proposal by a third party, was set at $35 million.

Bridgestone, however, said in the press release that, pursuant to the amendment, the termination fee is increased to $39.5 million.