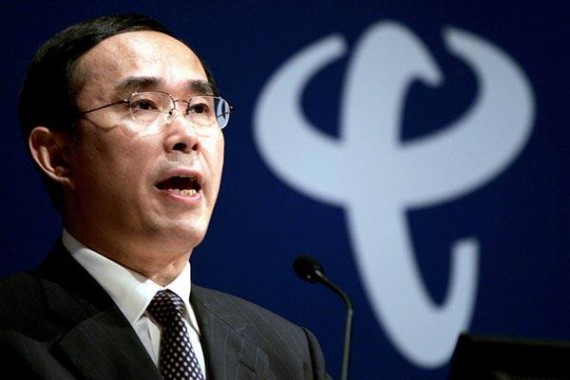 The Central Commission for Discipline Inspection, the Communist Party's anti-graft body, is targeting Chang Xiaobing, the chairman of China Telecom Corp., for investigation, according to a report from Bloomberg.

Chang, who is suspected of severe disciplinary violations, which means corruption, is the latest high-ranking official to be targeted by the Communist Party as President Xi Jinping cracks down on corruption.

China Telecom said that Chang, who has only been the chairman and CEO of the company since September, was under investigation, but its business operations are still "normal."

The company will provide further disclosures when appropriate.

The South China Morning Post reports that the announcement came four months after a reshuffling of top leaders at China's telecom sector.

Chang,58, was the chairman and CEO of China Unicorn before swapping jobs with Wang Xiaochu, who was chairman of China Telecom at that time.

Two sources said that the investigation to Chang was related to allegedly corrupt activity during his time at Unicorn.

Aside from Chang, the Communist Party's anti-graft efforts have also reached the military, the oil industry and the finance industry and its regulators, due to the recent $5 trillion stock rout and unprecedented government rescue.

The former chairman of China's biggest oil producer was sentenced to 16 years in prison last October for taking bribes and for abuse of power.

Yao Gang, a senior official at the securities regulator, joined those who are under investigation last month.

Some of the investigations attracted attention due to the sudden disappearances of executives being investigated.

Yim Fung, the chairman of Guotai Junan International Holding Ltd. returned to his duties recently after disappearing in late November.

He was assisting authorities in their investigation, which is neither about him or the company.

A businessman who provides service to China Telecom said that the investigation to Chang could affect morale in the industry.

"[But] in the long run, the move to clean up the industry will help the state leaders to accelerate the pace of overhauling the important sector," the businessman said.