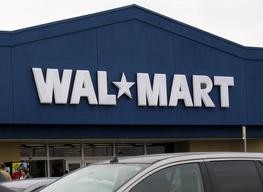 Wal-Mart is adding to its international presence. (Photo : Reuters)

Wal-Mart Canada will use its next $500 million in Canadian currency for a supercenter distribution network, and e-commerce project.

"Customers in every region of Canada are looking to save money on their entire list of shopping needs," Shelley Broader, Wal-Mart Canada's president and chief executive, in a statement The Herald reported. "Delivering on our commitment to help lower the cost of living is our top priority, and our growing network of supercenters and our expanding walmart.ca offering enable us to do just that," Broader told The Herald.

Wal-Mart will build 35 supercenters, totaling of one million square feet The Herald reported.

Wal-Mart will use the distribution network to help it grow, and keep up development of its online store.

Wal-Mart will build modern stores, and renovate current stores including remodeling, and the re-location of some.

Work is scheduled to be finished during the company's fiscal year, which started Saturday and ends Jan. 31, 2015.

The company does not know where it will build particular stores, and distribution center projects, but will know as plans become more official.

Wal-Mart will have 395 stores at the end of January 2015. These consist of 282 supercenters, and 113 discount stores The Herald reported.

Target Canada also announced plans to grow across Canada with nine stores in addition to the 124 put in place within the last year The Wall Street Journal reported.

Best Buy in Canada plans layoffs for 950 full-time employees, which amounts to a tad more than five percent of the company's workforce The Journal reported.