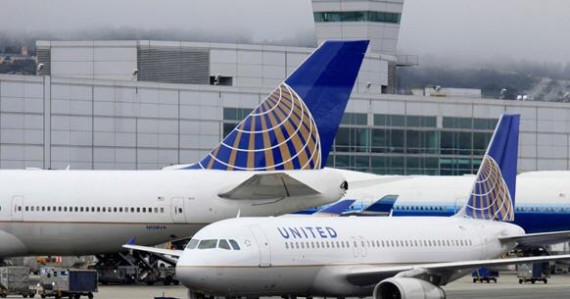 A United Airlines flight was still on the ground Tuesday after experiencing unexpected turbulence, enough to force passengers out of their seats during travel to Billings, Mont. from Denver.

One flight attendant was still in the hospital Monday night KTVQ reported.

"I have flown a lot and I do know you run into things like this," Bill Dahlin, a passenger  on the United flight 1676 told KTVQ about the unexpected event at 34,000 feet in the air. "This happened to be a lot rougher than what I'm accustomed to," Dahlin told KTVQ.

Dahlin was not injured during the unexpected circumstance KTVQ reported.

"I thought 'Wow! Yeah, this is it,'" Kerri Mullins another passenger on the flight told USA Today. "It's the most helpless feeling ever - to just be sitting there and not have any control over anything," Mullins told USA Today.

According to Mullins, the Boeing 737 aircraft took a hard right turn before dropping KTVQ reported.

"Everything flew out of everybody's hands," Mullins told KTVQ. "It was quite surreal. We did hit a little bit of turbulence right before we landed, so it was very unnerving after we had just been through all of this, I thought it was very interesting that the pilot never came on and said anything about what had happened. There was nothing."

The Federal Aviation Administration is also looking into the issue.