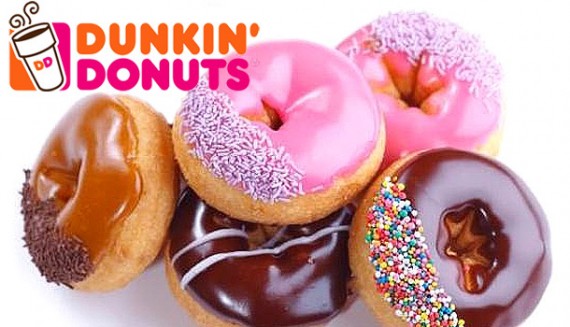 Dunkin' Donuts announced their plan to open 63 new restaurants in California in the next few years.

California Donut Kings, LLC, one of the five franchise groups, operates 100 Dunkin' Donuts stores and plans to open 26 more in San Francisco and nearby cities. They aim to open their first San Francisco Bay restaurant by 2016.

Dunkin' Brands' CFE, vice president of global franchising and business development, Grant Benson, said, "We're thrilled to have agreements signed for the development of more than 250 Dunkin' Donuts restaurants in California, and our continued growth throughout the state would not be possible without our passionate franchisees and loyal guests."

Benson said they're excited to welcome their new partners in the Golden State. They believe that each of the signed franchise groups will work on building lasting customer relationships.

Dunkin' Donuts opened the first full expression California restaurants in Modestoe, Downey, and Santa Monice in September. Before 2014 ends, more stores are expected to open in Long Beach and Whittier. The restaurant openings are part of the brand's plans to open an approximate of 250 restaurants in California. The long-term plan includes a total of 1,000 branches throughout the state, and franchise opportunities are still open in some California locations.

The brand offers four design layouts for franchisees. They are allowed to customize the design, with the given individual elements, that best fits their personal preference and the restaurant's location.

Based in Massachusetts, Dunkin' Donuts has been the market leader in doughnut and coffee retailing. It currently has 11,000 restaurants found in 33 countries globally.