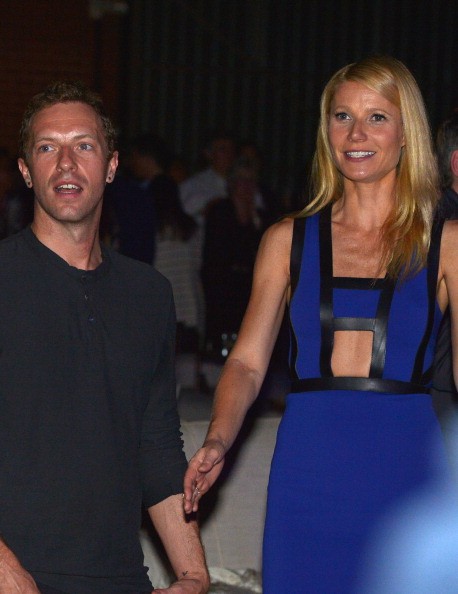 Gwyneth Paltrow and Chris Martin were snapped spending Valentine's Day together with their kids. Does this mean rumored girlfriend Jennifer Lawrence is out of the picture?

The couple split almost a year ago, calling the breakup as "conscious uncoupling," but the Coldplay frontman and the "Iron Man" actress stood by their decision to remain friends for the sake of their children.

According to the source from E! News, Gwyneth Paltrow and Chris Martin spent at least two hours at a Malibu beach on Saturday, along with their children Apple, 10 and Moses, 8. Although speculations about a possible reconciliation persist, the special day was nothing more than bonding time for the kids.

Kate Hudson's son, Ryder, was also there to play with Moses for the Valentine's Day outing.

"It's very sad. You have an expectation of your life, and it's sad to change that expectation," Gwyneth Paltrol told E Online regarding her failed marriage.

The "Iron Man" actress also acknowledged the effort of the Coldplay frontman in making their friendship work and allow them to get to the point where they are now.

"We've worked really f--king hard to get to [this] point," Paltrow said. "But we're very, very close, and it's so nice. I feel like it's, in a way, the relationship we were meant to have."

In an article by US Magazine, Gwyneth Paltrow and Chris Martin strolled along the beach and watched their kids play in the sand. At one point, the actress linked hands with the singer, which the latter didn't mind.

According to reports, it's not surprising that the couple would have such a good relationship after the split since they never said anything bad against each other during the whole "conscious uncoupling."

Gwyneth Paltrow even recognized the absence of drama after their relationship ended, which she said is a good thing.

US Weekly tagged Gwyneth Paltrow and Chris Martin's Valentine's Day outing as being "consciously together."