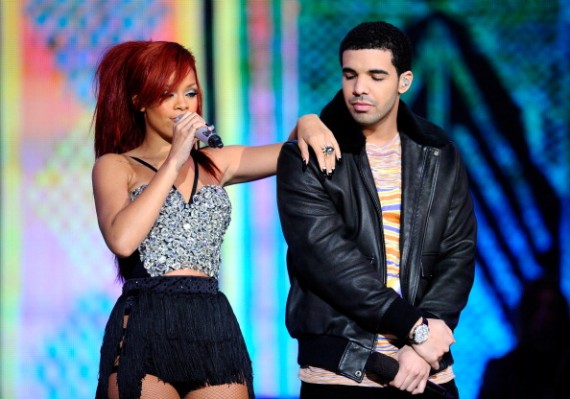 Despite the rumors that Rihanna is seeing Hollywood actor Leonardo DiCaprio, she was spotted on Friday partying with ex-boyfriedn Drake in Up and Down club in New York City.

Drake and Rihanna's on-and-off relationship started in 2010 until they rekindled their romance in February 2014. They reportedly broke up again shortly after that.

According to Mail Online, a day after Rihanna and Drake were spotted, the "Diamonds" singer was partying with rumored new beau Leonardo DiCaprio at another New York nightclub until 4 a.m. Rihanna was overly wrapped with an oversized jacket that allowed a peek of her knee-length boots when she left the club.

In February, Rihanna invited the "Draft Day" rapper in joining her on stage and perform their 2011 song "Take Care." They reportedly split in mid-May and the Canadian rapper did not bother to attend the post Meta-Gala bash that Rihannna threw.

But according to Page Six, although Rihanna and Drake were spotted leaving the club, they spent time with their respective groups. Reportedly, the sultry singer was dancing upstairs while the hip hop artist ILoveMakonnen was performing.

Drake, on the other hand, was downstairs attending a "hidden party" where he is allegedly said to have performed his new album "Views from the 6," with Justin Bieber and Kendall Jenner.

In a turn of events, Drake surprised fans by covering his ex's "FourFiveSeconds," Rihanna's new single at his New York City concert. His rendition of the song brought excitement at the NBA All Star Weekend featuring Kanye West and Paul McCartney.

According to BET, speculations that Drake is hoping for another chance with Rihanna sparked for his "You & the Six" track, a cut from the album "If You're Reading This, It's Too Late." BET can't help but think whether Drake is playing or was just caught up by Valentine's Day fever.