Justin Bieber Seeks Revenge On Selena Gomez? Canadian Pop Star Upset With Her Ex-Girlfriend’s Collaboration With Zedd? Kylie Jenner To Do A Song With The ‘Baby’ Hitmaker? 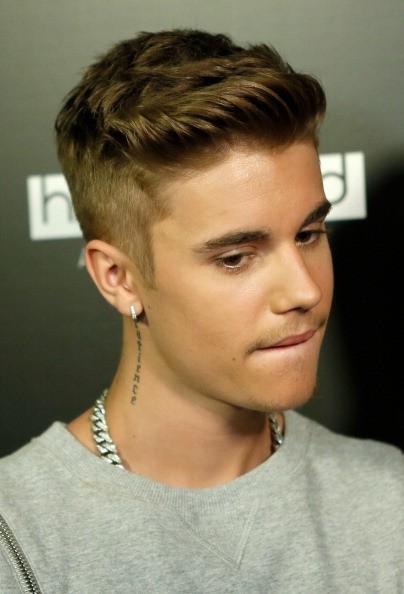 Justin Bieber is allegedly planning to seek revenge on Selena Gomez. His ex-girlfriend recently released her latest single entitled "I Want You To Know", which she collaborated with her rumored new lover Zedd.

Even if there isn't any music video yet for the track, the audio posted on YouTube already has more than 6 million views.

The 21-year old Canadian heartthrob and the 22-year old pop princess tried collaborating on a song, but their troubled relationship seem to always get in the way for them to finish it. According to Celeb Dirty Laundry, Justin was upset that Selena spent more time and energy to complete her song with the DJ and could not be bothered to finish what they have started.

The former lovebirds teased us before on social media that they were working on a new song and Gomez was even spotted heading to the studio where Bieber was recording. The website said that what Selena did was a complete slap on Justin's face because they spent more time together and yet never completed a song.

Compared to Zedd, whom she met for only three months, and yet their new single "I Want You To Know" is already invading the dance charts. There really is chemistry between the two and these photos from PopSugar are proof of how comfortable they are around each other.

During a radio interview, the 25-year old Russian-German music producer revealed how he met Selena Gomez.  ET Online reported that he just moved in his new home and was looking for a place to pee so he ended up going across the studio where the songstress was at that time.

"So I walk in, and John, the head of our label, who had just signed Selena, was there," Zedd recalled. "He was like, 'Have you ever met Selena?' That was literally the next thing he said... So he introduced me to her, and was like, 'Hey, she's cool, maybe we should make a song together,'" he added. "And then like a week later, we start working on a song."

Since everything's going smooth between Selena Gomez and Zedd, Justin Bieber now wants to take revenge by asking the help of his rumored fling. "Justin is going to finish the song that he and Selena started together. He has already been in the studio - he is trying to fast track everything and get it out ASAP to steal some of Selena and Zedd's thunder," the insider told CDL.

"He has been talking to Kylie Jenner about it. She has been begging every musician she knows to get in the studio with them. Justin knows Selena despises Kylie and will freak out if she hears the KUWTK star on her and Justin's track," their source added. I guess all we have to do is just wait until Justin Bieber's new track with Kylie comes out and see if Selena Gomez would get affected by it now that Zedd is in her life.