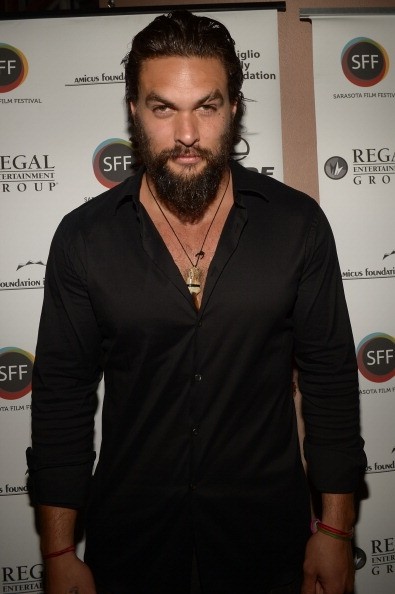 The director of "Batman v Superman: Dawn of Justice" recently revealed the first photo of Jason Momoa as Aquaman on Twitter.

"There is only one true King. #unitetheseven," Zack Snyder captioned the photo.

His post started out rumors that the 35-year old actor could be appearing in the upcoming DC movie.

During an interview at the Walker Stalker Con, Momoa was asked if he will appear in the Batman and Superman crossover movie, which will star Ben Affleck and Henry Cavill. "I really wish I could say something, but I don't even know," he said.

"I found out some of the characters that are in Justice League that are casted that I didn't know. So you found out when I found out. And that stuff is pretty tight-lipped so I don't have anything to give," Momoa explained.

The star of "Aquaman" movie is doing a great job keeping the great DC secret, but Zack Snyder seems to enjoy giving out some teasers. During an interview with Entertainment Weekly, Jason Momoa admitted that he was shocked when the director posted his photo on social media. "It was supposed to be a surprise in 2016, so it definitely helps [The Red Road]. I've been holding that secret for a long time," the Hawaiian hunk confessed.

"Zack Snyder called me up and said, 'I'm posting this picture now.' He's just a genius and I love him to death. He sent it over and we're in the middle of the editing suite for the thing I'm doing right now, and we all freaked out, man. It was so amazing to see it come out," Momoa revealed.

ET also asked the "Game of Thrones" star if he will appear in "Batman v Superman", but he didn't confirm nor deny if his character Aquaman will make its debut in the 2016 movie. "There's a lot of surprises coming. I think, yeah, he's been cast aside. But, um [laughs] times are going to change now, buddy," Jason Momoa teased.