What’s Next For ‘Maze Runner 2?’ Dylan O’Brien And Kaya Scodelario Will Return In ‘The Death Cure’! Release Date On September 2016? 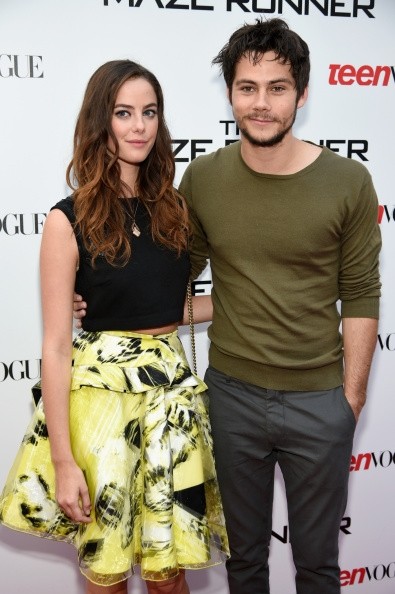 The director and production crew is currently working on the post-production of the second installment, which is scheduled for release on Sep. 18, 2015.

James Dashner, who wrote the science fiction novel series, recently visited the set and he was very pleased with what he saw. "Some things may take you by surprise, but I can tell you this: the movie is going to kick butt. You will NOT be disappointed," he wrote on his official website.

Even if "Maze Runner 2" is still a few months away before it hits the theaters, there have been reports that a third installment is already in pre-production. According to Movie Pilot, 20th Century Fox has already given the green light on "Maze Runner 3".

The next sequel will be called "The Death Cure" and the script will be written by T.S. Nowlin, who also worked on the first two "Maze Runner" movies. The 2014 film earned more than $100 million locally and $238 million internationally. Because of its global success, the studio decided to follow that up with "Maze Runner: The Scorch Trials".

Despite the outcome of "Maze Runner 2", the studio has already allotted a budget for "Maze Runner 3" because its fandom rapidly increased from just the novel to the film franchise. The website also reported that "The Death Cure" will also be directed by Wes Ball and its release date could be on September 2016.

The third installment will also feature Dylan O'Brien as Thomas and Kaya Scodelario as Teresa. We may also see the return of Thomas Brodie-Sangster as Newt and Ki Hong Lee as Minho. It is still unsure if the new faces of "Maze Runner 2" such as Rosa Salazar, Aidan Gillen, and Giancarlo Esposito will return in "The Death Cure".