Kristen Stewart’s Ideal Partner Isn’t Robert Pattinson? ‘Twilight’ Star Wants Someone Who Is A Little Crazy And Has The Drive! Has She Found Those Qualities On Alicia Cargile? 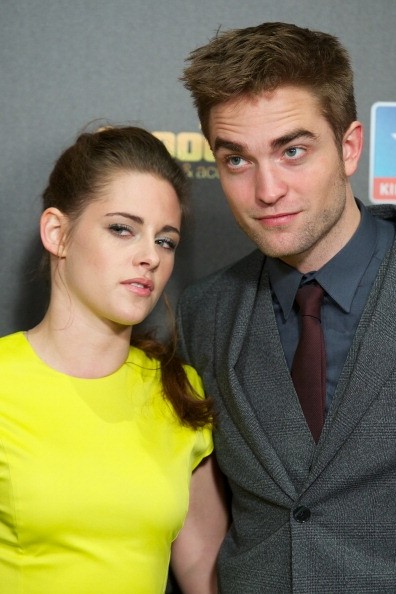 There have been reports that Kristen Stewart is dating her BFF Alicia Cargile; and even her ex-boyfriend Robert Pattinson was asked what he thinks about the lesbian rumors.

The 28-year-old actor was mobbed by the paparazzi when he arrived at the airport, but he refused to answer all the questions including the alleged affair of her former lover with her assistant.

The relationship of the "Twilight" co-stars ended because Kristen cheated on Rob with her director Rupert Sanders. Many people were shocked when this happened and are wondering what prompted the 24-year-old actress from doing this. We may finally know the answer based on her recent interview with CR Fashion Book.

"For me, the most attractive thing in a person is drive - genuine impulse expressed for the sake of it, not for perception," Stewart said as reported by Pop Sugar. "It's a compulsion, and I share that. It's indescribable. It's just a burn. You can sense it pretty instantly, this innate curiosity, because not everyone has it. That's what I'm f**king attracted to."

Could she have found those qualities on the "Snow White and the Huntsman" director? Or maybe she has seen those traits on her rumored girlfriend Alicia Cargile?

"Most creative people are pretty aware they are a little self-obsessed, but in order to f**king have faith in yourself and make confident work, you have to be a little crazy and believe in yourself enough to just do it," the actress further explained.

According to Movie News Guide, Kristen Stewart is ready to fall in love now that Robert Pattinson has already moved on from her. The British heartthrob is now dating FKA Twigs and things seem to be going strong between the two.

"She says she's not afraid to get her heart broken once again, when she finally finds the one, whether it's a girl or a boy," the website reported.