Meet The New Bond Girl Of ‘Spectre’! Stephanie Sigman Stars As A Mystery Woman In The New ‘James Bond’ Movie! Will She Become Daniel Craig’s New Lover Or Enemy? 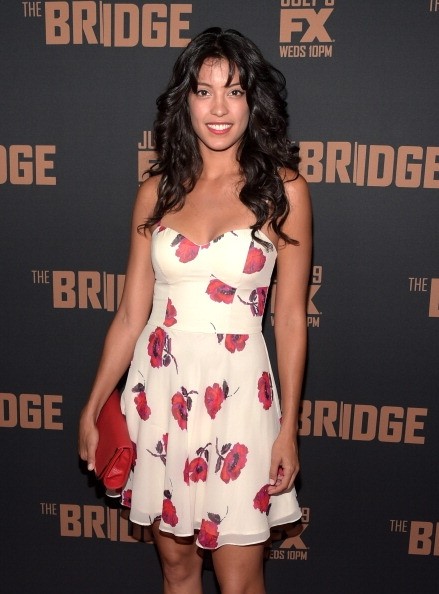 Move over Monica Bellucci, a new Bond girl has been added to the cast of "Spectre" and she is almost half her age. Her name is Stephanie Sigman and she will star as a mystery woman in the new "James Bond" movie as reported by The Independent.

The announcement was made on social media by the official Twitter page of the movie. They posted a photo of the Mexican actress and wrote: "We are pleased to announce that @SigmanStephanie has joined the cast of #SPECTRE as Estrella." Many people are wondering if she will become Daniel Craig's lover or enemy in the sequel. As of the moment, the 28-year old Latina's character remains unknown.

We all know that there is already a Bond girl in "Spectre" and we have already seen some behind-the-scenes photos Monica Bellucci with Daniel Craig. The two were recently spotted in Rome shooting a funeral scene, but there isn't any news yet as to whose wake it was.

When the 50-year old actress was announced as the new Bond girl, many people were shocked including Bellucci herself. "I just blurted out: I'm not a girl, I'm a woman, I'm a mature woman," she told The Sunday Times. "Do I have to replace Judi Dench?"

The character of the 80-year old actress was killed in the 2012 "James Bond" movie entitled "Skyfall". Judi Dench played M, who is the head of the MI6, and she was later on replaced by Sir Gareth Mallory played by Ralph Fiennes. Monica Bellucci should get used to being called a Bond girl and not M because she holds the record for being the oldest Bond girl in the history of the film franchise.

"I told Sam [Mendes] he would be a hero among women for casting me in 'Spectre'," the Italian actress said as reported by ETOnline. "For the first time in history, James Bond is going to have a story with a mature woman." The oldest Bond girl before her was Honor Blackman, who was 39 when she got the role and next was Halle Berry, who was 36 when she starred in "Die Another Day".

"Spectre" will hit the theaters on November 6, 2015 so let's wait and find out if the new Bond girl, Stephanie Sigman, will become a friend or a foe.