‘Maze Runner 2’ Plot And First Photos Revealed! Thomas And The Gang Get Attacked By Zombies? ‘They're Not Undead, But They Are Rage-Filled’ 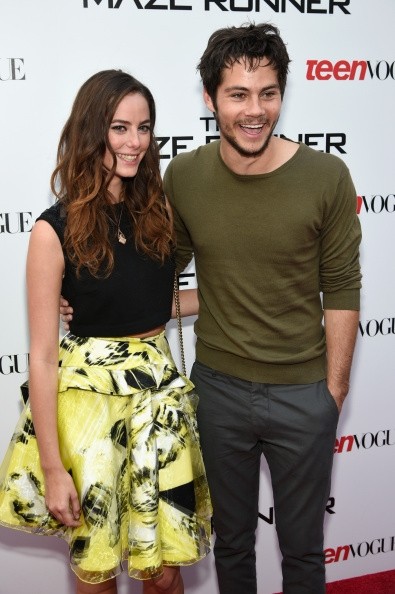 "Maze Runner 2" is slated to hit the theaters on Sept. 18, 2015 and fans who haven't read the book have no idea what the movie will be like.

The sequel will feature the new adventures of the Gladers. Dylan O'Brien returns as Thomas while Kaya Scodelario reprises her role as Teresa. They will be joined by Ki Hong Lee as Minho and Thomas Brodie-Sangster as Newt.

According to Movie Web, the plot of "Maze Runner: Scorch Trials" begins with the Gladers realizing that they were put through the maze by WCKD.

The corporation is trying to train survivors after the solar flares destroyed the planet. The producer of the film tried to explain the difference between the first and the second movie.

"The first movie was the mystery of 'Where are we and what is this place? And can we get out?' But the second movie is about the repercussions of getting out and the discovery of what the world is actually like," said Wyck Godfrey.

Director Wes Ball will return for the sequel and he revealed more plot details about "Maze Runner 2".

"It has transformed the world into a desert with sand dunes that crawl and are swallowing the ruins of a lost world," he said. The director also revealed that Thomas and the Gladers will encounter the Cranks, which are infected humans that looked like zombies.

"We don't want to call them zombies, but they fit into that category. They're not undead, but they are rage-filled," said Ball. The first photos of "The Scorch Trials" were recently revealed and there was one photo there that showed the group hanging from their feet.

They could have been captured by hostile non-Crank enemies which Wes Ball mentioned during the interview.

"Our group runs into a lot of people out in the Scorch. Some are friends, some are foes. In this case, they've stumbled onto the latter," he said.