Another ‘Ghostbusters 3’ Reboot May Feature Chris Pratt And Channing Tatum! The Russo Brothers To Direct The Remake! 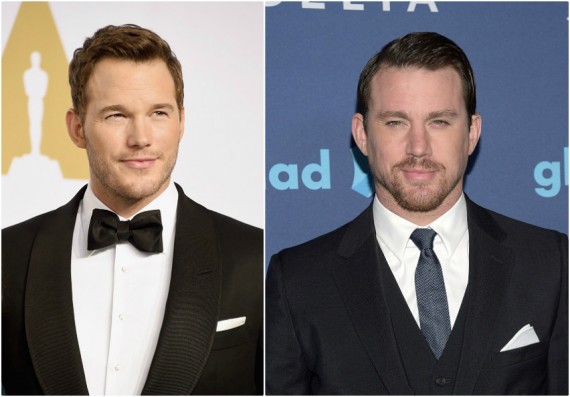 We all know that the "Ghostbusters 3" will be feature an all-female cast, but new reports reveal that there are plans to do a male version of the reboot and it could star Chris Pratt and Channing Tatum.

Some of the fans of the film franchise were thrilled when they heard the latest news especially those who weren't happy with Paul Feig's idea of starring funny women in the remake.

Bad Ass Digest reported that real-life friends Chris Pratt and Channing Tatum pitched the "Ghostbusters 3" idea to Sony Pictures. They also reported that there may be four reboots coming up for the film franchise. The first was the one that will be directed by Paul Feig, the second one will headline the stars of "Guardians of the Galaxy" and "Magic Mike". So what will be the third and fourth movie?

The next film will be inspired by "The Avengers" where two teams team up and the fourth remake will be a prequel. "The plan is to have this new Ghostbusters universe feel big and have the kind of tonal variety that allows there to be a legitimate shared universe, not just a whole bunch of franchises running in tandem," the website reported.

It isn't confirmed yet if Chris Pratt and Channing Tatum will star in another version of "Ghostbusters 3" or it will be called "Ghostbusters 4", but there are reports that the remake will be headed by Joe and Anthony Russo. The Daily Beast shared the Sony leaked email that revealed the plans of creating another remake.

"The Russos, Channing and Reid have been brainstorming ideas and want to create a whole new mythology that would support multiple movies (the way that Nolan reinvented Batman). To be clear - the Russos want to produce (not direct) and while Channing and Chris are looking for a movie to do together they haven't mentioned this to him yet because they weren't sure how we'd react," Columbia's Hannah Minghella wrote to Sony execs.

So what are the chances of having a male version of "Ghostbusters 3" that will headline Chris Pratt and Channing Tatum from happening? "Drew [Pearce] will start writing and the hope is to be ready for the Russo Brothers' next window next summer to shoot, with the movie coming out the following year. It's just the beginning of what I hope will be a lot of wonderful movies," Reitman told Deadline.