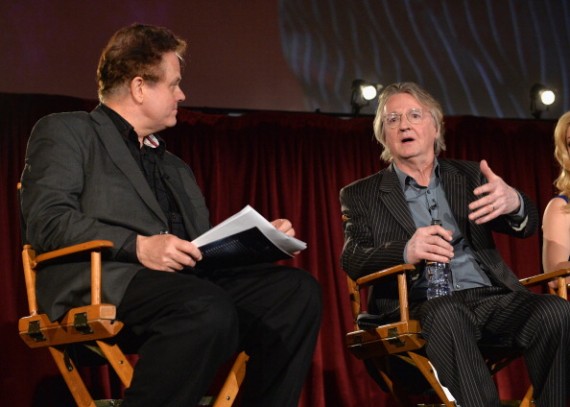 Things are just getting more tensed in Kattegat and according to recent "Vikings" season 3 episode guide, the obstacles Ragnar Lothbrok (Travis Fimmel), Lagertha (Katheryn Winnick), and others will face will continue. Speaking of continuation, it looks like fans can shrug off those struggles the main characters are going through for a moment. In an interview with Radio Times, series creator Michael Hirst said he is now working on the script for for the fourth season of the show. The better part of it? The new season will be longer than the usual.

"I've written five episodes [of season four]. We're going to do more episodes this year, I think we're doing 16," says Hirst. "I have a huge hope that we can continue [beyond that]."

Right now, Ragnar is on a mission to invade more lands in Europe. However, it took a stall in the latest "Vikings" season 3 episode after learning about the death of Siggy (Jessalyn Gilsig) in the hands of the mysterious Harbard (Kevin Durand). As for Lagertha, she returned to her town in Hedeby just to find out that her position as earl has been usurped by Kalf (Ben Robson). The two main characters definitely need all the help they can get, especially now that their grown son Bjorn is in disarray because of his wife who got badly wounded in the battlefield.

How will this story continue? Find out in the next "Vikings" season 3 episodes. As for the fourth season, Ragnar Lothbrok is sure to have more allies as according to Hirst, the story will continue with his other sons in more important roles. So, there will be a time jump as other sons of Ragnar are still too young to fight.

"I always anticipated continuing with Ragnar's sons because many of them became as famous, if not more famous, than he was," says Hirst.

"There was the rather remarkably named Ivar the Boneless and Ragnar's elder son [Bjorn] who sailed around the Mediterranean, and then they went to Iceland and Greenland."

"So much happened in the early years of the Vikings it's incredible, which is why I wanted to start at what was essentially regarded as the beginning of the Viking age."