'Spawn' Movie Reboot Will Be More Of A Horror-Thriller Rather Than A Superhero Film, Todd McFarlane Revealed 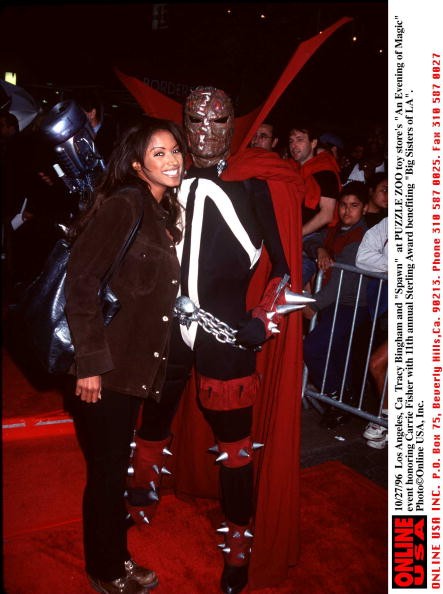 While Todd McFarlane's black comic movie adaptation was never officially announced during last year's San Diego Comic Con, fans are still hoping that with the dawn of the new movie genre a reboot would finally happen.

It has been years since McFarlane teased that he's planning on doing a "Spawn" movie reboot following the 1997 movie adaptation of his highly successful comic book.

However, things have taken a back that it seemed like the planned project is no longer moving forward. But things started to look brighter again when McFarlane decided to talk about the development of "Spawn" movie reboot at Toronto's The Gate fan expo.

During the event, the 54-year-old writer revealed his plans for the upcoming reboot, pointing out that he's thinking of sticking to the dark and gritty side of the comic rather than making it a superhero movie.

"I think it's a quick shoot," he answered when asked about the planned "Spawn" movie reboot.

"It's not going to be a giant budget with a lot of special effects, it's going to be more of a horror movie and a thriller movie, not a superhero one. I've got so many people phoning now that I've got to get it done. I've made some promises to people this year."

In a separate interview with Comicbook, McFarlane further discussed details about "Spawn" reboot. He confirmed that the movie is definitely going to be an "R" rating with its "dark and gritty" scenes.

"It will be a definite R," he explained.

"Not so much that I tell people... I don't want 'R' to do excessive violence or nudie people or any of that. It's just that some of the content, which is sort of street thug and police officers, you're getting into some dark and gritty 2 AM in the morning bad guy stuff. That conversation, it doesn't lend itself to being PG-13. Those types of people, those types of characters have a certain vernacular that they speak with, so you can't do it, right. So you have to dip into 'R' rated, just to be actually able to do characters in the proper fashion. Again, I don't know if anybody could do a mafia story and not make it 'R,' just because of the way people talk. And once you start using a couple curse words, it sort of crosses over into that in the film ratings anyway.