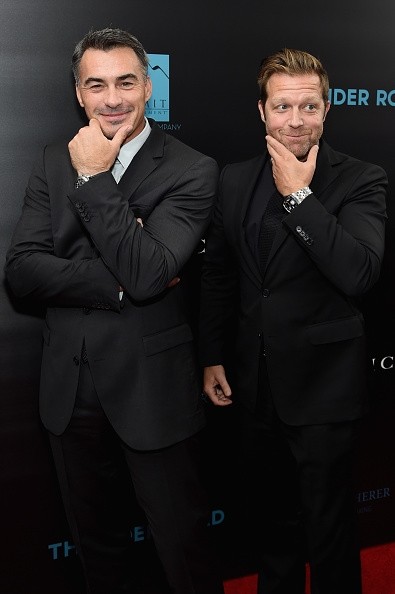 It's been confirmed that Jason Momoa will star in "Aquaman"; and the standalone movie is reportedly scheduled for release in 2018.

Some people are wondering who will direct the film because the character isn't that exciting unlike other DC Comics superheroes such as Batman, Superman, Green Lantern, Wonder Woman, and The Flash.

There have been rumors coming out that Warner Bros. wants the directors of "John Wick" to work on the first solo movie of Aquaman. According to Latino Review, film directors Chad Stahelski and David Leitch are being courted to direct a DC film. However, their correspondent isn't sure yet what movie it is.

The duo did a great job in Keanu Reeves' action thriller film. According to Uproxx, "John Wick" featured some of the most fluid and visually arresting action scenes in years. Since both directors were former stuntmen and fight choreographers, then we can expect awesome action scenes in "Aquaman" if ever they confirm working on the movie.

The website shared a post of Umberto Gonzales on social media that revealed the latest spoilers. "DC CLUE! Sources also tell me Jason Momoa is a good friend of David Leitch & Chad Stahelski. Could the duo be up for directing AQUAMAN? RT!" the fanboy journalist wrote on Twitter.

The 35-year-old actor has worked with Leitch in the reboot of "Conan The Barbarian" and has remained good friends with the award-winning stunt coordinator so it isn't surprising if he and his co-director Stahelski will accept the project.

Before we see Jason Momoa in "Aquaman", we will see him wear his wet suit in "Batman V Superman: Dawn of Justice". Zack Snyder's upcoming movie will hit the U.S. theaters on March 25, 2016. The "Game of Thrones" star will also appear in "Justice League", which is scheduled for release on 2017.

It looks like the Hawaiian-born actor will be busy doing several DC movies and he recently shared his excitement during a recent interview. "Yesssss! Aquaman is here! I'm here! Know what I mean? That's what my audition process was," Jason Momoa said. "No - I don't know what it's going to be like yet. I'm in for the long haul. It's an honor."