The New Villain Of Marvel’s ‘Spider-Man’ Is Kingpin? Vincent D’Onofrio Excited To Kick The Butt Of The Superhero! ‘I Would Do It In Second’ 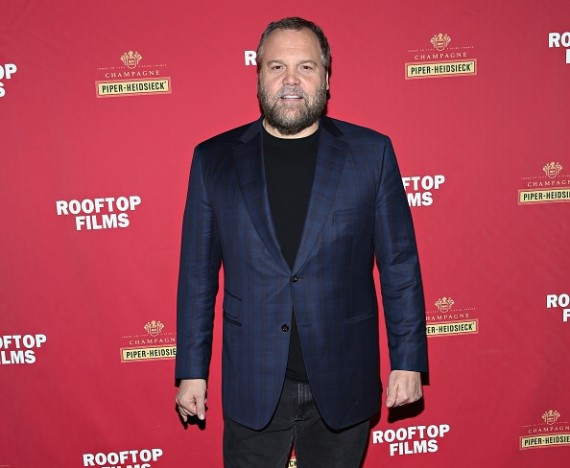 Sony and Marvel announced their team-up for the upcoming "Spider-Man" movie last February which thrilled many fans.

According to Variety, the reboot will hit the theaters on July 28, 2017 and will cast a new actor to play Peter Parker.

The website also reported that the web-slinging superhero may make his first Marvel appearance in "Captain America: Civil War" alongside Chris Evans (Captain America) and Robert Downey Jr. (Iron Man). The second installment will be released on May 6, 2016.

Now that Spider-Man has entered the Marvel Cinematic Universe, then there is a huge possibility that we will see new villains in the reboot. There have been rumors that Kingpin may be the next enemy of Peter Parker in the Marvel movie. The supervillain made its debut in "The Amazing Spider-Man #50" comic book.

The powerful crime lord is one of the most powerful enemies of Spider-Man and Daredevil. The supervillain will be played by Vincent D'Onofrio in the upcoming "Daredevil" series in Netflix. During an interview with IGN, the 55-year-old actor showed interest in seeing a battle between Spider-Man and Kingpin.

"That would be super-cool, yeah. To be able to kick Spider-Man's butt would be awesome," he said. "But we just don't know about those things. Those are all the Marvel secrets that they never tell us until they need us, so... Yeah, I would do it. I would do it in second."

The Marvel baddie was first seen in the "Daredevil" movie which starred Ben Affleck. The late Michael Clarke Duncan played the supervillain in the 2003 film. This time, Vincent D'Onofrio will take over the role of Wilson Fisk a.k.a. Kingpin while Charlie Cox becomes the new Matt Murdock a.k.a. Daredevil.

The accomplished character actor revealed how he prepared for his new role. "You know, they wanted him brought in as a human. As a real kind of, just a man, who eventually turns into this iconic character," D'Onofrio said. "So that's a fun job. I mean I thought right away, 'That's fantastic.' You can do so many cool things with that."