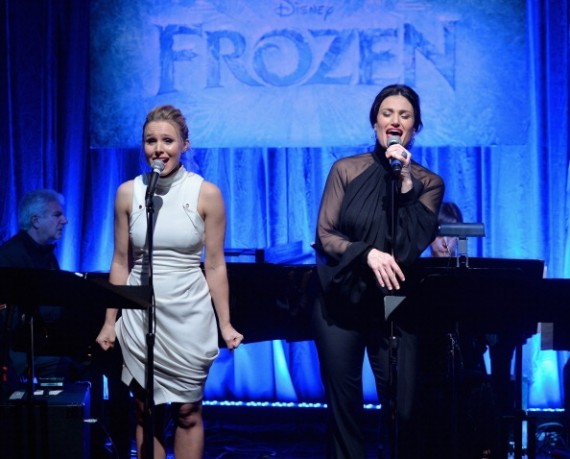 Walt Disney revealed a few months ago that "Frozen 2" is happening, which means that fans will see their favorite characters again including Elsa, Anna, Kristoff, and Olaf.

According to Variety, the chief creative officer of the studio, John Lasseter, officially announced the sequel during their annual shareholder meeting.

"We enjoyed making 'Frozen Fever' so much and being back in that world with those characters," the Walt Disney CCO said. "Jennifer Lee and Chris Buck have come up with a great idea for a sequel and you will be hearing a lot more about it and we're taking you back to Arendelle. We are so excited about that."

It has been confirmed that Idina Menzel and Kristen Bell, who played Queen Elsa and Princess Anna respectively in the first movie, will be back in "Frozen 2." There were also reports that the sequel will be released by 2018 so there's still more time to write the story.

However, rumors regarding the plot of "Frozen 2" have been coming out. Australia Network News has decided to list down what fans are hoping to see in the sequel and on top of the list is Queen Elsa finding true love.

In the first movie, Idina Menzel's character didn't find any love interest because of her power. She tends to hurt the people around her that's why she decided to live in isolation, but that changed later on in the film.

So who is the lucky guy? According to reports, the perfect man for Queen Elsa is Jack Frost since he is also capable of living in a cold weather.

"However with Jack in a Dream Works film (Rise of the Guardians) it's not going to be the same Jack Frost that fans experienced passionate feelings for in 2012," VC Post reported.

Many fans also wanted to see the new villain in "Frozen 2" and hope that the new character will be as evil as Hans and the Duke of Weselton to make things more exciting.

Again, some of the audiences would like to see Olaf melt just like what happened during his scene with Anna. Don't worry though because he can always turn back into a snow because of the cloud above his head.