Nickelodeon Focused on TV Shows, Not On Lowering Childhood Obesity 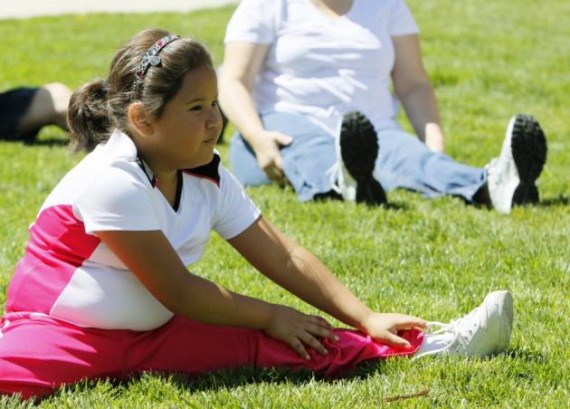 Childhood obesity is on the rise(Photo : Reuters)

Disney, the world's largest children's entertainment network, launched an initiative last year to only advertise healthy food by 2015.  Meanwhile, rival network, Nickelodeon is not following suit despite rising levels of obesity among children.

The Centers for Disease Control and Prevention reports that the prevalence of obesity has more than doubled among children aged 2 to 5, from 5 percent to 12.4 percent in the last 25 years, while it has increased from 6.5 percent to 17 percent in kids aged 6 to 11 and from 5 to 17.6 percent in the 12 to 19 age group.

"Demonizing a product like Trix or Cocoa Puffs doesn't solve the problem. Nickelodeon certainly bears responsibility for what it chooses to advertise and promote, but they have no obligation to give in to such extremism," Julia Seymour, of the Business and Media Institute, according to FOX411. "In spite of the liberal notion that children must be protected from things like sugary cereal through advertising bans, the health of children is the responsibility of their parents or guardians."

Nickelodeon has said the network is mainly focused on providing high quality content to its viewers.

"We leave the science of nutrition to the experts. No entertainment brand has worked as comprehensively and with more organizations dedicated to fighting childhood obesity over the past decade than Nickelodeon," a rep said, according to the report.

"Our commitment has included dedicating 10 percent of our airtime to health and wellness messaging; our partnerships with Let's Move, The Alliance for a Healthier Generation, Boys and Girls Clubs of America and professional sports leagues among many others; our grants programs for school PE and community recreation efforts in local communities; our annual Worldwide Day of Play initiative; as well as integrated licensing and marketing partnerships with companies like Birds Eye that encourage kids to eat vegetables."