Marijuana Growers To Send Kids In Colorado To College On A Scholarship? 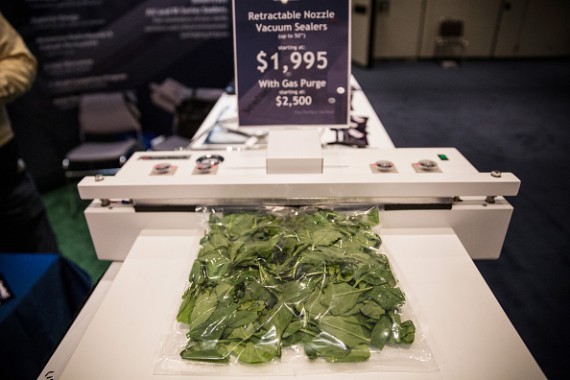 Pueblo County voters on Tuesday agreed on a measure allocating the 5 percent increase by 2020 in taxes on marijuana growers to fund college scholarships and community projects starting in 2017, CNN reported.

The marijuana tax increase from 15 percent to 20 percent will be phased in for the next five years.

"Tuesday's vote became necessary after fiscal analysts underestimated how much revenue the state would collect without the new tax in the fiscal year ending June 30, 2015. The projection is required in the tax's first year by the Taxpayer's Bill of Rights, and the mistake mandated a refund unless lawmakers won voter approval to spend it," San Diego Free Press wrote.

The projected marijuana tax increase in Pueblo County will raise approximately $3.5 million by the year 2020 and half of these revenue will go to funding for high school students to attend local colleges.

Paris Carmichael, spokesman for Pablo County, said in an interview, "The whole point of the scholarship program was to make higher education a reality for families who can't afford to send their kids to school because of debt."

This type of scholarship funded by marijuana tax, Carmichael added, is the first of its kind. Marijuana attorney, Brian Vicente, who also wrote the 2012 marijuana legalization in 2012, said that this is also the first college scholarship funded by what was once illegal marijuana. This marijuana fund will support 400 students a year, who will receive $1000 each annually, according to Food World News.

The report added that to be qualified for the scholarship, one must be a citizen in Pueblo County, Colorado and must have attended either of the two public schools in the county, the Colorado State University and Pueblo Community College.

Accordingly, remaining funds from the marijuana tax will be used for community projects including enhancing playgrounds, study funding for Amtrak route to Pueblo county and new golf carts at a local golf course.

Colorado Cannabis chamber of Commerce President Tyler Henson said that what remains a challenge for Pueblo County is to manage well in educating minors in staying away from recreational marijuana while at the same time, sustain the growth and development of marijuana industry.