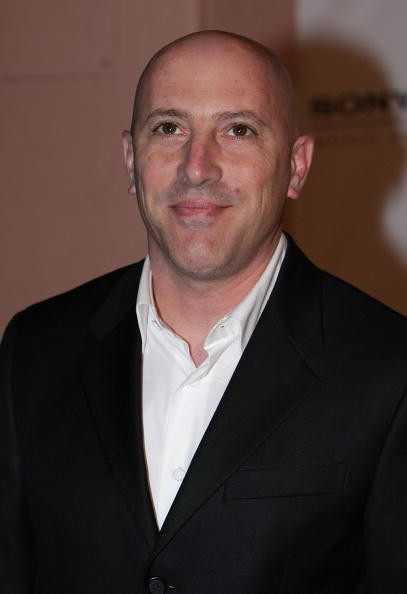 It has been previously reported that Tool frontman Maynard James Keenan dissed Tool's fans for conning him into playing for the Monster Mash Music Festival in Tempe, Arizona.

"Yeah, it's there, but people miss it because they're so focused on the other bullshit." Keenan reportedly answered in an interview with David Accomazzo of the Phoenix New Times . "It's lost. Insufferable people ... It's just ridiculous, retards. I'm sorry. Can't help them. Way too serious. Too much. Lighten up."

Amid all the rumors of rift between Tool band members, guitarist Adam Jones was quick to dismiss such rumors in an interview with Rolling Stone as he talked about the band's upcoming tour with Primus and a new album.

"I don't know if you should believe everything you read," he explained of the rumored rift between the Tool band members with Maynard James Keenan. "The Internet can be really great but the Internet can also be like the National Enquirer. People take things out of context and don't understand jokes."

He added, "We get interviewed by journalists all the time, and I've known Maynard a long time, and he can be not the most patient guy and he can be very sarcastic, especially when you have some dipshit journalist asking you stupid questions or trying to trick you into answering something. Or maybe they've written an article about you that wasn't favorable and now they're interviewing you again. I'd rather you talk to him about it, but we all know that the stuff he does outside of Tool he wants it to be just as important as Tool, and the Tool fans are the main people who support that. And the Tool fans are the ones who made the other opportunities happen for him. So I don't know why the fuck he would say something like that. But I do know he would be joking or he would say something really sarcastic if he wasn't liking the interviewer or if it's a joke taken out of context.

"So if you're a fan, I would ignore it and concentrate on the product that's being put out and not really get into the silly, soap-opera situations that come up, like some bad Shakespearean play. I don't know. But everyone likes controversy, right? Everyone wants to hear on TMZ that someone farted."

And now that everything is clear, Jones shared the progress of the new album, teasing fans how he's "blown away" with the materials for the recording.

On the lighter note, Jones shared how he was "blown away" by the new songs Tool will release on their new album.

Teasing how "wonderful" the new album is going to be.

"I'll tell you, it's wonderful," he said. "Things are really flowing and going really well, and I'm just blown away at the stuff that's coming together. I'm excited and can't wait for it to be done. It's something I've been missing for a long time [laughs], that beautiful collaboration that we have because we're all so different and have different tastes. But again, when you are all meeting in the middle and that thing you do that meets in the middle is just beautiful, it's very rewarding. So yes, I'm very happy."

He even added that the new album to be released by Tool already has more than 10 new songs lined up.

"We probably have 20 potential song ideas now. Of course, 20 won't be on the record. We're just jamming. But I'll tell you, there's nothing better than having too many good songs then not enough. It's great. You pick your faves."