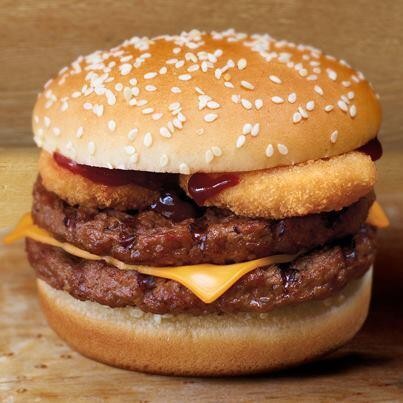 Burger King customers have two new rodeo sandwiches to choose from when ordering from the franchise QSR Web reported Monday.

"We're launching the new King Deals Value Menu including classics and new favorites like the Rodeo Sandwiches all starting at just $1," Eric Hirschhorn, chief marketing officer at Burger King North America, said in the release QSR Web reported. "We've seen an incredible response from our guests with our $1 menu items, and we want to continue creating great tasting products that don't sacrifice on taste."

The new menu items include the Rodeo Crispy Chicken, and Rodeo Burger QSR reported. Both sandwiches come loaded with sweet and spicy BBQ sauce, and onion rings in a sesame seed hamburger bun. Customers can buy them at Burger King restaurants throughout the nation for a short time QSR web reported. Fans can also choose from over 20 breakfast, lunch, and dinner items for a $1 and up.