Despite Previous Failed Attempt Of Bethesda 'Doom 4' Release Date All Set For Next Year? 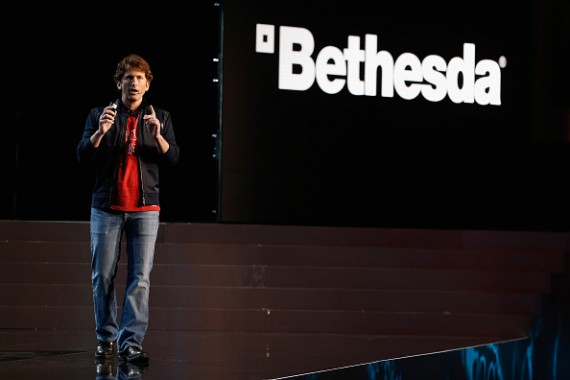 Apparently, Bethesda's "Doom 4" has suffered from a number of delays and setback.

And while a release date is reportedly locked in for 2016, Bethesda's Pete Hines revealed to Polygon, that the gameplay trailer which debut at the E3 2015 event was not the first attempt to bring the game back.

"We weren't happy with the game that was being made," he said of the decision to kill the first project. "We decided that it wasn't Doom enough and needed to be thrown out and started over. Some folks left and some faces changed at the studio. Out of that change - which was not easy for those guys to go through - some amazing things happened."

The first attempt was a complete failure according to Hines.

"You can probably close your eyes and imagine a 'Call of Doom' or a 'BattleDoom' game, where it starts to feel way too much like: 'Wait, this doesn't feel like Doom, it feels like we're playing some other franchise with a Doom skin on it,'" he said.

In fact there has been apparently a leaked gameplay footage of "Doom 4," which ahs now been taken down that doesn't look like "Doom" at all.

"It wasn't fast enough," Hines said, listing all the ways the game went wrong. "The way that the demons worked. The visceralness of the combat. A lot of the stuff that you see with the finishing moves wasn't part of it at all. The combat was more disconnected, you almost found yourself taking cover at times and using things from other FPSes, which might be fine for them, but for Doom it just doesn't feel right."

Despite the challenging path Bethesda had to go through before being able to come up with what seems to be the perfect "Doom 4" now, What Culture, noted how the gameplay could potentially be the best shooter title for the coming year.

Waiting fot the official release date from the giant gaming studio, What Culture discussed the hair raising visuals and graphics of the game.

In addition to the amazing visuals and graphics, the publication also noted the superd sound design, which reportedly complements the totality of the game.

With no further details being revealed, Bethesda is expected to release "Doom 4" in 2016 and will be availble on for PS4, Xbox One and PC.