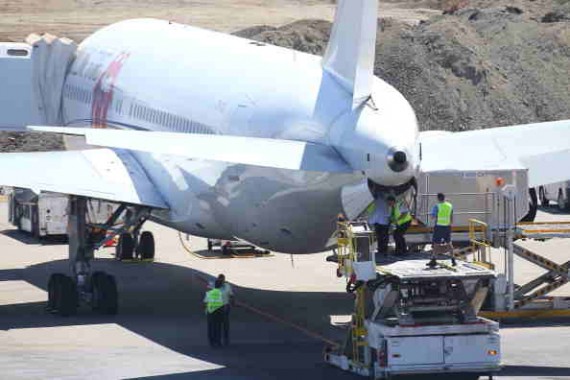 Amazon.com, Inc. is looking to launch its own air delivery service, as the company is negotiating to lease 20 Boeing 767 jets, cargo industry executives told The Seattle Times.

The online retailer is looking to avoid delays from carriers such as United Parcel Service (UPS) with its own cargo operations.

Colin Sebastian, an analyst at Robert W. Baird & Co., said that "Amazon is pretty fed up with the third-party carriers being a bottleneck to their growth."

UPS has been struggling to keep up with the rapid growth of the e-commerce industry, which led to Amazon considering handling its own delivery.

A senior aircraft-leasing company executive, who is familiar with the plans of Amazon, said that the company has approached several cargo aircraft lessors to line up the planes.

However, Connie Kalitta, the CEO of Kalitta Air, denies talking to the online retailer.

Bloomberg said that consumers are increasing their orders online, especially during the holiday shopping season.

Having control over its own planes and crew would help Amazon lessen the time and the cost it takes to get goods to customers' doorsteps.

Satish Jindel, a logistics consultant in Sewickley, Pennsylvania, estimates that Amazon ships about 5.2 million packages a day during the peak holiday period.

The U.S. Postal Service gets 70 percent of the delivery, with UPS getting 15 percent and FedEx getting 10 percent, he said.

The remainder of the packages goes through smaller delivery companies.

Jarrett Streebin, the CEO of EasPost, said that having their own air-delivery service is important for Amazon, who's growth and emphasis is on logistics.

"This is all part of Amazon's cost-cutting phase," he said. "Amazon loses $1 billion each quarter on shipping. It wants to do the same work cheaper."

A cargo-industry source said that Amazon expects to make a decision to pull the trigger on a larger air-cargo operation by the end of January.