Ryan Reynolds Showed Off His Tight Suit For ‘Deadpool!’ Did The Actor Diss Spider-Man? ‘With Great Power, Comes Great Irresponsibility’ 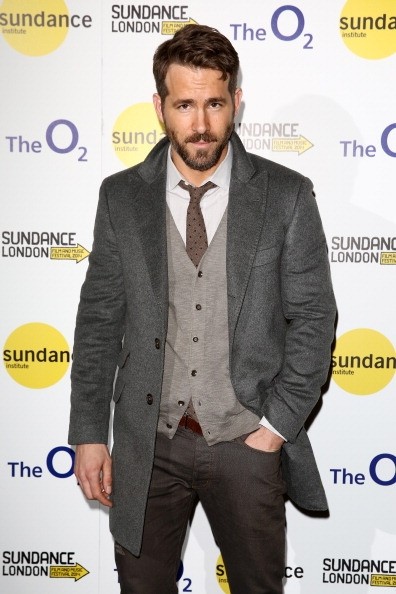 Ryan Reynolds seems to be hitting the gym more often because he looked great when he revealed his tight suit for "Deadpool."

The 38-year-old actor confirmed last February that he will reprise his role as Wade Wilson in the new Marvel movie. He first played this character in the 2009 film "X-Men Origins: Wolverine," but his alter-ego was portrayed by Scott Adkins.

This time, Blake Lively's husband will be doing both roles so he needs to be really fit to do all the stunts and fight scenes. Just recently, Reynolds posted a photo of himself flexing his muscles beside a cute young fan.

"This stud out-benched me in the gym Sunday. Nice meeting you Adley," he wrote on Twitter.

The new dad not only looked more buffed, but he also showed off his new military cut hairstyle. According to ET Online!, Ryan Reynolds is currently training for his role in "Deadpool" and his latest photo showed the result of his hard work at the gym.

Last February, the "Green Lantern" actor teased his followers on Twitter by posting a selfie beside his mask and gloves.

This is a confirmation that "Deadpool" is really happening and he thanked his fans for all the support.

"People keep thanking me for getting Deadpool made. I didn't get it made. YOU did. The internet put Fox in a hammerlock death-grip. #sayuncle," Reynolds wrote on Twitter.

Seeing a teaser of the offbeat superhero's costume got many fans excited, but to show the full suit surely thrilled them more. Just recently, Ryan revealed on Twitter what Deadpool will look like when he wore the suit and posed beside a fireplace.

If you're a huge Marvel fan, then you will get his joke because that phrase was a spoof from Spider-Man's famous line "...with great power there must also come -- great responsibility!" which was spoken by Uncle Ben.

Did Ryan Reynolds just diss Spider-Man? We all know that he was just fooling around and he also did that during his interview via Twitter.

One fan asked him what was the material used for the Deadpool suit.

"The suit is made from over 312,000 individually wrapped toffees," the actor replied. Ryan Reynolds also revealed that his posing on the fur carpet was inspired by Burt Reynolds' photo shoot for The Cosmopolitan Man.