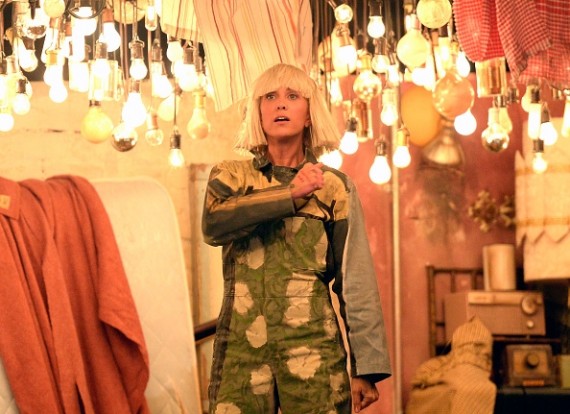 Fans of "Zoolander 2" are excited to see the celebrities that will make a cameo in the sequel and the first photo came as a shock.

Why? This actress never mentioned that she will be part of the cast nor were there are any reports about her inclusion in the second installment. But what shocked fans the most was her transformation in the movie.

Kristen Wiig, who looked really fashionably evil during her shoot for "Zoolander 2" in Rome, is the surprise cast in the sequel. According to E! Online, the "Bridesmaids" star looked unrecognizable with her wacky V-shaped blond wig and bizarre black and white outfit.

The 41-year-old actress also has long pink nails and her lips looked like it was prosthetically plumped up.

The former Saturday Night Live host could be the new villainess in the movie based on her the first photo revealed. She looked like the female version of Mugatu, which was played by Will Ferrell in the first film.

The 47-year-old comedian will reprise his role in the sequel and seeing him act alongside Kristen Wiig will surely be one hilarious scene.

Apart from Wiig, Karlie Kloss also confirmed her appearance in "Zoolander 2" alongside lead stars Ben Stiller (Derek Zoolander) and Owen Wilson (Hansel). She accepted the role after American model Gigi Hadid turned down the offer. Other models who will reportedly make a cameo in the sequel include Naomi Campbell, Alessandra Ambrosio, Jourdan Dunn and Cara Delevingne.

There are also rumors that Kanye West and Kim Kardashian may appear in the second installment.

The Sun reported that Will Ferrell recommended the rapper to the producers.

"Kanye is friends with Will and appeared briefly in 'Anchorman 2' but he wanted to be in 'Zoolander 2' even more," their insider revealed.

The 37-year-old recording artist allegedly wants his wife to make a cameo in the movie as well.

Ben Stiller, who will also direct the sequel, was asked what he thinks about the rumors on Kanye West's cameo.

"I've heard that, too ... I'm interested, because a lot of people have been asking me about that," he told MTV.

"Zoolander 2" will hit the theaters on February 2016 so we can expect more cameo photos coming out soon.