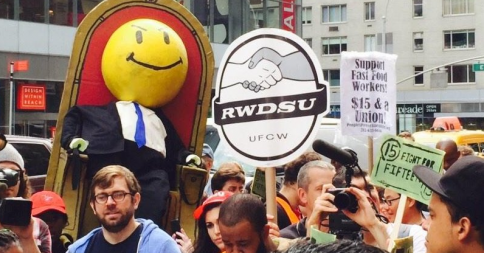 Walmart has long been bombarded with controversy from Labor activists saying that the retail giant reportedly hires low-wage, part-time workers, according to New York Times.

Walmart has been experiencing slow sales as reported by its sales forecast of 2 percent. The fact that not so many people were coming in and out of the stores tagged with the unpredictable currency were said to be the reasons Walmart cut its sales growth forecast this year.

However, Labor activists beg to differ. They claim that sluggish sales are caused by the retailers' own low wages.

Another Walmart Cincinnati worker spoke out her frustration in the retail giant.

However, the National Retail Federation claimed that the raising the minimum wage would lessen the retailers' bottom lines and may lead to loss of retail jobs. Walmart also gave out a comment regarding the issue.

"Wal-Mart provides associates with more opportunities for career advancements and economic security for their families than other companies in America," said Kayla Whaling, a Wal-Mart spokesperson.

"In fact, full-time and part-time associates have access to 401k retirement plans, educational opportunities and can receive quarterly bonuses based on their store's performance," Whaling added.