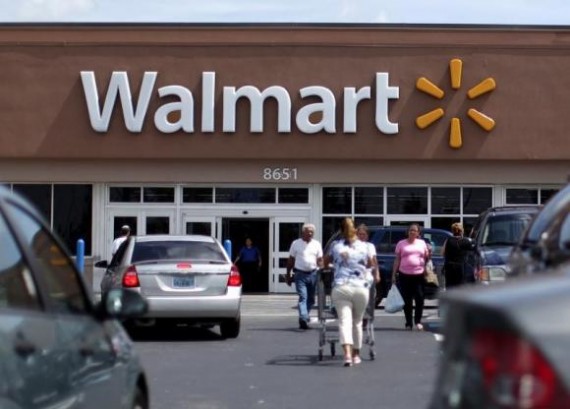 New Yorkers strike against Walmart for its abusive and exploitative practices last Thursday.

Walmart has long been bombarded with controversy from Labor activists saying that the retail giant reportedly is the "country's largest single employer of low-wage workers," according to Huffington Post.

The retail giant has reportedly been giving its employees meager wages and has created a confusing time scheduling that makes it hard for them to plan for non-work part of their lives including planning for childcare, doctor's appointments and other organizations.

Walmart has been experiencing slow sales as reported by its sales forecast of 2 percent. The fact that not so many people were coming in and out of the stores tagged with the unpredictable currency were said to be the reasons Walmart cut its sales growth forecast this year.

However, according to a report by Huffington Post, while Walmart's employees are struggling to get by, Alice Walton and the Walton family, who could have easily decided to increase their employees' wages, are living in an extravagant $25 million apartment.

The strike was reportedly an effort by New Yorkers not only to call out Walmart for its faulty practices, but also to announce their advocacy to the officials in Albany to raise the minimum wage-which would benefit 3 million New Yorkers earning low-wage.

According to Scott Stringer, New York City Comptroller who supported the strike, raising the minimum wage in New York would benefit thousands of workers and also produce $6 billion in new wages which could be used to generate new jobs and make the economy busy.

Furthermore, both Governor Cuomo and Speaker Sheldon Silver of the New York State Assembly have attested to that positive effect and created a bill to improve the workers' welfare, but has not come to pass since the State Senate headed by Dean Skelos reportedly was against the bill.