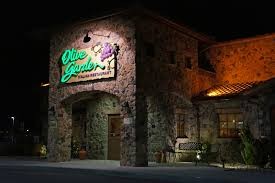 The famous food chain from Italy, Olive Garden, earns the first spot in restaurant rankings as stated in the report for Certify-a group that analyzes company expense spending.

The food chain gained roughly 4 stars out of five right after Chick-fil-A, a Mexican diner, Panera Bread and Dunkin' Donuts. This diverted various business travelers who dined from July to September.

To be part of the first 15, a diner must gather a number of ratings made by customers. This shows that independent food chains that have lesser eaters were not part of the first-ranked restaurants.

Through a phone patch, the chief executive official of Certify Bob Neveu stated that Olive Garden's move to the top spot made its critics doubt and raised their eyebrows.

Top spot shows a move from the fourth rank during the second quarter and 10th rank in the first quarter of the year.

A lot of people have been questioning and disappointed of the restaurant's service. That's why there were critics who questioned the jump of ranks.

Darden Restaurant, the mother company, has been part of the issues on Olive Garden's service and operation with Starboard Value, an investor who just gained all the seats in Darden's company.

The survey done was about the customer's satisfaction on the restaurant's service and if they will recommend it to their friends. Olive Garden got a solid 48%, which was lower than other dining restaurants which include Cheesecake Factory and Outback Steakhouse.

Certify also did a study on high-end restaurants in general.

Despite the struggle experienced by McDonald's, business diners have come to like Olive Garden. Although, it has not beaten the coffee giant Starbucks.