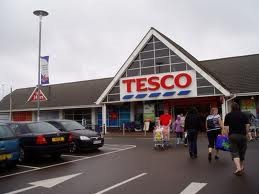 The retail giant is blaming a group of employees for deceiving its auditors on its income, when making its late mid-year report last week.

In the memo, it states that the CEO is about to make an explicit indication of the profit for the first six months of the year. He will update its investors on the initial results of the interrogation by the auditors. These people were requested to conduct investigation on the books of the company in September. They discovered proof that there was profit mishandling which started over a year ago.

While there were issues that the company was mandated to alter its income for the past years, it is a fact that the damage done was seen in the operation of the current year. The organization's trading income dropped since its first six months until August, which was lower than the projected figures.

There were eight employees that were suspended, which included the top rank Chris Bush. However, there are no more suspensions for the coming week. The audit committee official is also foreseen to step down following his six years of service at the end of year 2014.

It is assumed that the employee recorded as income bonus payments coming from partners where it is dependent on the company's sales achievement. When it was apparent that the figures could not be achieved, employee offered incentives to partners to lure them not to retract the payments. This statement was given by one of the company's officials who requested anonymity.

The public is hoping for positive news from the top official and his vision to keep the company alive and hit its targets There are talks that the brand will open its assets for sale to finance its restructuring and fund its price war against its competitors.