Homebase Bids Goodbye to some of its Stores

Tags
homebase, DIY, Closure, do it yourself, argos 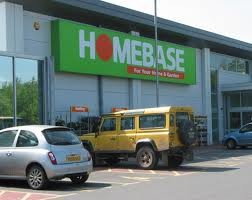 Home Retail Group confirms new buyers are no longer interested in DIY, prefer to shop online and hire worker to do the job

The DIY-expert retailer stops its operation of some of its branches in the coming years, pointing to the issue on extra space in other units and the preference of consumers on DIY products decreases. The mother company, Home Retail Group, declared that roughly 30 units will discontinue its operation in this year and more closures are expected in the coming years.

CEO confirmed that the closures will lead to loss of job but begged to specify the numbers of jobless staff, but rather bragged that the company will help its employees to find new jobs.

The top official further explained that inconsistency on standards in some branches became a factor that led to poor sales. And its online shop was slacking off as well.

Even its competitors also experienced sales slump when house prices dropped and selling of properties was ceased. The housing industry got back again last year however the brand fell short in the recovery process. Maybe because fewer consumers are no longer into DIY and prefer to pay somebody to do the job.

The new CEO boarded the company last August and immediately conducted a review of the company. The brand missed to go with the development in Argos, which repackaged its organization and concentrated more in offering online services.

In the coming years, consumers will be able to do online ordering from Homebase and perform self collection in one of Argos' branches.

The company's first six months figures increased at 4.1% however it was way lower than the previous year which was almost 6%.

Majority of the brand's units are located out of town. The finance official declared that the company did not have similar issues with Tesco since its customers did not have the same shopping experience in other shops locally.