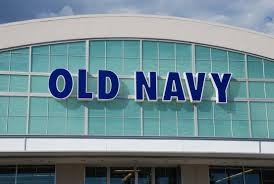 Despite the shops have hoarded their stocks for this coming holiday season, there have been signs that they are running promos as early as now.

The Janney Capital Market analyst told the investors that in the previous weekend had the most number of promotional activities in this current quarter, with most retail shops offered the highest discount ever. Even Target released its statement that it will provide free of charge on shipping for all online orders until December, which is the brand's way to compete with its direct competitor Amazon.

Wal-Mart, as well, had announced that the company will be the leader of the retailers in places where the company is operating.

As the analyst explained, the August and September appeared to be the company is in its right track. The recent event for back-to-school promo greatly helped the business to align its operation towards the projected performance. Promos for October have as well strengthened its performance.

The October is expected to perform big because it is said to be a clearance season. But the main issue pointed out was the major promos done annually, especially that the inventories have been properly managed particularly on apparel, footwear and accessories.

Labels like Gap, Old Navy, Abercrombie & Fitch and New York & Company, were offering huge markdown prices compared to their promos in the previous year. It happened for three consecutive weekends that major discounting was done in Abercrombie, following the time that the brand was performing well in the early months of this year.

No matter how retailers stock up their inventories, surveys show that price will be controlling the buying attitude of consumers. Public will choose to shop where it has the best and most reasonable price to buy gifts.