Walmart Plans to Deliver Goods Right at Your Doorstep 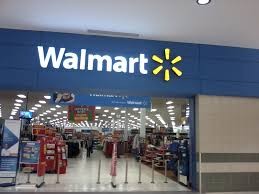 Retail giant Walmart suffered a big blow after the U.S.' Great Recession and continue to have flat sales for the past two years. Now, Walmart plans to make a comeback venturing into a new business: delivering groceries.

Online shopping is gradually increasing in popularity over the past few years, overshadowing brick and mortar stores, which proved to be a challenge for the retail store.

Now, as the saying goes, "make your friends close and your enemies closer," Walmart did not resist the rapidly changing buying environment and instead jump into the bandwagon of online grocery shopping, and this time, steps it up a little bit further by adding grocery delivery as well.

Other retail companies like Amazon have already launched its own online delivery system called Amazon Fresh, which debuted in New York, bringing fresh produce such as fruits and vegetables right at New Yorkers' doorstep.

However, the edge that Walmart has over its competition is that its physical stores are present all over the country and its distribution centers are already built up.

Walmart is not trudging in troubled waters with this move, as the company has prior experience to delivering foods to homes since they did home delivery to other countries.

Walmart is also planning to promote free in-store delivery and home delivery for a meagre amount of $5 to $7, making it a very competitive retailer in the online shopping industry.

The company also plans to be more accessible to customers buying just a few things and plans to put up smaller neighbourhood stores in the coming years that will go head-to-head with popular dollar stores like 7 Eleven.

Currently, their "Neighborhood Market" posted better sales performance, and in the coming years will also adapt home delivery system which will be more accessible to more customers.