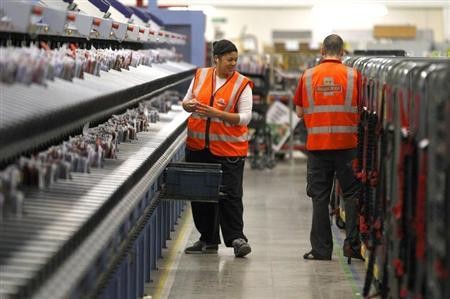 Royal Mail, the British postal mail service warned Amazon.com Inc.'s decision to create its own delivery service will cut down the parcel market of other carriers in the U.K.

Royal Mail's operating profit for the first half of the year fell 21 percent to 279 million pounds ($436 million), excluding some costs, in the six months ended Sept. 28, Royal Mail said in a statement today. On an underlying basis, earnings increased by 13 million pounds. The stock fell as much as 7.2 percent.

However, despite the new innovations, Royal Mail's move is threatened by e-commerce giant Amazon.com.

According to Chief Executive Officer Moya Greene, Amazon's parcel network will reduce the annual growth rate of the market available for other postal companies to 1 percent to 2 percent for the next two years.

"The parcel business goes through periods like this: too many players introduce too much capacity at the same time," she said. "You're vying for fewer parcels in the industry overall. It just takes a couple of years for that to wash through."

While full-year results will depend on sales over the Christmas period, the company said it expects U.K. costs to plateau on an underlying basis for the year.

Royal Mail said a reorganization program will save them 70 million pounds a year starting fiscal 2016, more than it originally expected.

Royal Mail's net debt widened to 570 million pounds from 555 million pounds on March 30. The board recommended an interim dividend of 6.7 pence a share.