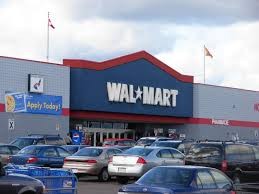 Walmart now closed a deal online where the PlayStation 4 gaming consoles for a very low price of $90 after discovering that customers are just taking advantage of Walmart's price matching policy by presenting a fake Amazon listing for the under-priced console.

The deal was "too good to be true," ABC reports. This is no Black Friday Deal of some sort. The PS4 is originally priced at $400.

Apparently, some individuals found out on Nov.18, Tuesday that they could just print out an $89.99 Amazon.com listing for a brand new PS4 and get Wal-Mart to sell its PS4 gaming consoles for the bargain price because of its "Price Matching" policy.

It did not take long before Walmart realized the loophole and immediately addressed the issue. However, several individuals have already nabbed the cheap deal even before Walmart took down the offer. 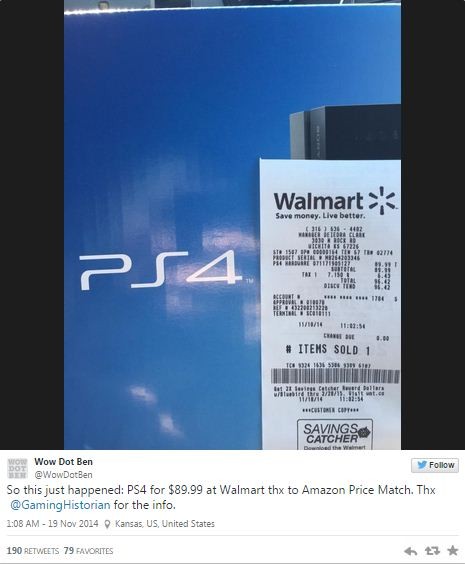 "We launched online price matching because it's the right thing for our customers," said a Walmart representatative, in a statement.

"It's making a meaningful difference for people who want to feel confident they're getting great prices, and we're committed to matching online prices going forward. At the same time, we can't tolerate fraud or attempts to trick our cashiers, this kind of activity is unfair to the millions of customers who count on us every day for honest value."

Walmart will still continue to match the lowest price on Walmart.com and 30 other selected retailers including Amazon.com, according to Ad Week.

However, Amazon products are now under strict scrutiny, and for them to qualify, it must be sold and fulfilled by a legitimate online retailer.