Amazon Will Run its Data Centers on Renewable Energy 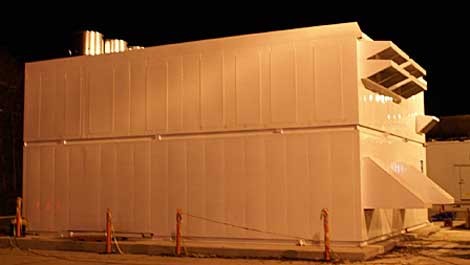 Amazon took a big step on Wednesday, Nov.12 in vowing to run its data centers on completely on renewable energy, after several other big companies like Apple, Google and Facebook pledged their commitment.

Tech companies are making a comprehensive environmental pledge to use renewable energy, considering the huge number of data centers and machines they use and the amount of energy required to keep them running, according to Wired.

Now, Amazon jumped in on the bandwagon on Wednesday. According to a post of the tech company in its web site, Amazon's cloud computing division, Amazon Web Services pledged its "long-term commitment to achieve 100 percent renewable energy usage for our global infrastructure footprint."

Time Magazine reported that Amazon is the largest cloud computing company across the globe, providing services where businesses and developers can rent their computers.

Amazon operates several cloud computing centers in Virginia, where most of the energy are taken from nuclear power, coal and natural gas.

Several online services like video-streaming web site Netflix, as well as music-sharing Spotify and social media web site Pinterest all rely on Amazon cloud. So when Amazon experiences a sudden cut down on its energy emissions, it could have a major impact on several other tech companies and the industry as a whole.

However, Amazon will not implement the new proposition ASAP, as it will likely take several years to complete the transition to 100 percent renewable energy.

Despite the move, Amazon is still under fire from GreenPeace IT analyst Gary Cook, saying that unlike other big companies, Amazon hasn't published how exactly it plans to wean itself off "dirty energy," doubting it's sincerity, but still welcoming the company's decision nevertheless.

"With the world's largest public cloud apparently joining Apple, Google, Facebook and others in committing to power with 100 percent renewable energy, the race to build a green internet may be gaining a crucial new competitor," the statement reads.

Meanwhile, the company has already starting to put up locations powered solely by renewable energy including data centers in Oregon on 2011, Data Center Knowledge reports