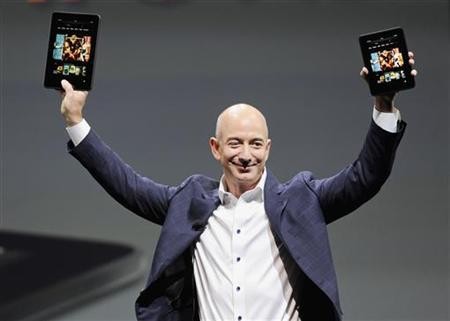 After Amazon founder Jeff Bezos bought The Washington Post for $250 million last year, the next step is to create an app for the online news journal especially for Amazon Kindle tablet owners.

The Post app was introduced on Thursday, Nov. 20 that will deliver the news journal to Amazon Kindle users for free and will include preloaded stories, pictures and ads, said Shailesh Prakash, the Post's chief technology officer.

"We talked to him constantly," Prakash said, describing feedback Bezos gave to developers. "He's our most active beta tester."

The app was created to simplify Internet usage and reading news conveniently will be automatically added to some Kindle Fire tablets as part of the software update. The app will have two editions every day at 5 in the morning, and another one at 5 in the evening, the two times that the company thinks that most users use the Internet.

The app will be free for Kindle Fire owners for six months, and will then cost a dollar for the next six months. A version of the app will be available for Android and iOS operating systems next year, at $3.99 a month.

Post executives and technologists said Wednesday that the app represents a collaboration of Bezos' ideas with theirs. His ideas and preoccupations have quietly helped shape the newspaper, they said, and empowered its technologists.

"Through a lot of conversations with Jeff, we've sort of absorbed some of this stuff by osmosis," said Post editor Martin Baron.

"We now have an opportunity to ask him how things have worked at Amazon, for example. And he has a consumer obsession."

The Post added that Bezos emphasized the need to expand to larger audiences, particularly in the international market, something new to the company with its previous mission of narrowing its focus to local news.