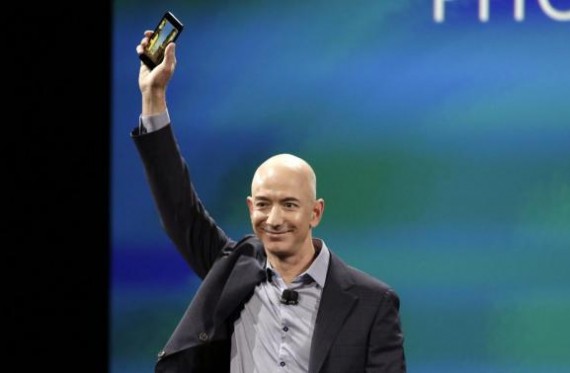 After Amazon released quite a few dud products this year and failed to catch up on profits, investors were sent packing, leading to a huge 8 percent drop in the company's stock-its biggest quarterly loss in 14 years.

Amazon jumped the shark when it released the Amazon Fire Phone last June, which proved to be quite unsuccessful.

Just two months in, Amazon had already put the 32 GB version of the phone on half price to $0.99 from its original price tag of $199.

Amazon Fire Phone's market share dwindled to 1 percent of the total market, leaving the company with losses of at least $170 million.

Mashable reports that investors finally got tired of Amazon not picking up, with the company's stock price dropping 8 percent on Oct. 23. Amazon had then dramatically dropped 34 percent since the beginning of the year.

In the past, investors have looked past Amazon's lack of profitability, saying that company will eventually grow, thanks to its founder, Jeff Bezos, deemed as "the digital prophet."

Michael Pachter, an analyst with Wedbush Securities, says he is fine with the fact that Amazon is plowing its incremental gross profit into investments, but he's not sure about some of the choices, including the focus on increasingly low margin cloud computing.

However, when its stock price dropped recently, it was a sign that investors are now looking for a bang for their buck, something worthy to spend their money on, rather than a struggling brand.

"It has to happen at some point," says Sucharita Mulpuru, a Forrester analyst. "[Investors] aren't going to wait forever." Mulpuru says even those who believe Bezos will figure out a way to make Amazon wildly profitable within a decade may ask themselves if backing Amazon is the best use of their capital.

If investors have left Amazon, it would be harder for the company to invest in new ventures, attract new talent and take control of future deals, and will continue that downward trend next year.