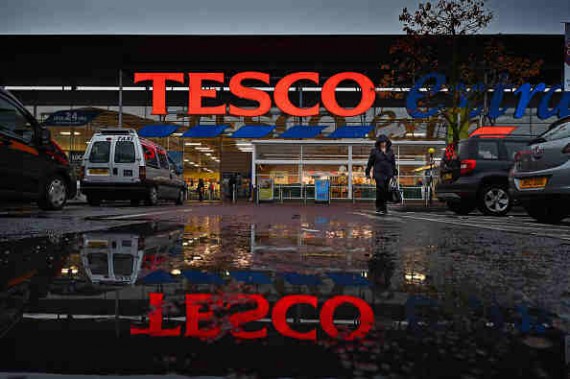 Despite trouble looming for the UK grocery and retailer giant, they seem to find hope in their new appointed chairman in the person of John Allan.(Photo : Getty Images, Jeff J. Mitchell )

Tesco, the British multinational grocery and general merchandise retailer in the United Kingdom, named John Allan as its new Chairman. Allan is currently the chairman of the housebuilder Barratt Developments, the card-processor Wordplay, as well as co-deputy chairman of Dixons Carphone.

Allan's installment is one of the current moves of the biggest, yet troubled, British retailer. Allan brings 30 years of experience in food retail to Tesco after working for Fine Fare, a now defunct supermarket chain.

He will be replacing Richard Broadbent after announcing last October that he would be stepping down from the position.  Broadbent withdraws from leadership in the wake of what appears to be a challenging season for the company. In a year, Tesco saw the exit of Laurie McIlwee, former finance director, Philip Clarke, and the head of UK operations, Chris Bush. The company is also facing a £263 million profit overstatement scandal.

However, despite his accomplishments, Allan's appointment is not without opposition. Word is that some big shareholders are pushing for veteran Archie Norman to be chairman.  Norman, who was able to salvage Asda in the 1990s, was approached for the role several weeks ago. Most investors believe that it's Norman's expertise they need in order to turn around the merchandizing giant from falling out from the industry. Allan ultimately got the chairmanship after Sir Ian Cheshire pulled out from the offer. Cheshire was the former Chief Executive of Kingfisher.

Allan, 66, is now challenged with the most difficult job in the UK. He is faced with dealing with the multiple investigations that goes with the accounting scandal from the Serious Fraud Office, Financial Reporting Council and the Groceries Code Adjudicator, Christine Tacon, who is responsible in overseeing the relations between the grocery and its customers. Allan's rise to chairmanship opens to a lukewarm reception from disappointed analysts who believe that Tesco should have hired someone with more up-to-date food retail experience.

Despite critics, Allan is in a more positive light saying "I'm very pleased to be taking on this role at such a critical moment for the business."