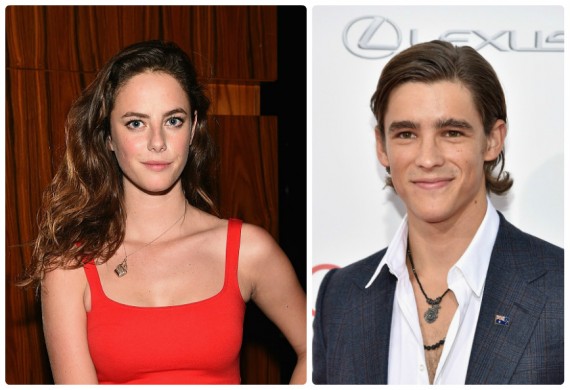 Fans were thrilled when they found out that "Pirates Of The Caribbean 5" will still feature Johnny Depp as Captain Jack Sparrow, but they are wondering what adventures the pirate will face in the new sequel.

Just recently, Disney revealed the plot details of the fifth installment of the film franchise.

"Thrust into an all-new adventure, a down-on-his-luck Captain Jack Sparrow finds the winds of ill-fortune blowing even more strongly when deadly ghost pirates led by his old nemesis, the terrifying Captain Salazar (Javier Bardem), escape from the Devil's Triangle, determined to kill every pirate at sea...including him. Captain Jack's only hope of survival lies in seeking out the legendary Trident of Poseidon, a powerful artifact that bestows upon its possessor total control over the seas."

Aside from Johnny Depp and Javier Bardem, Orlando Bloom will also reprise his role as Will Turner in "Pirates Of The Caribbean: Dead Men Tell No Tales." The 38-year old actor hinted that he will be back in the sequel during the Oz Comic-Con.

"There have certainly been some discussions about it and I'm open to it. That whole experience working with Johnny and (director) Gore (Verbinski) was really amazing for me," the actor said as reported by Screen Rant.

Geoffrey Rush also confirmed that he will be back in "Pirates Of The Caribbean 5." The veteran actor is best known for his role as Captain Barbossa and he revealed that they will start shooting some scenes in the Gold Coast. The Aussie actor also revealed details about the plot of the movie during an interview with Mail Online.

"In that time we've had a pretty regular series of heads of departments... kids have been born, marriages have happened, people have passed on, but you really plug back into something," Rush said. "Jack Sparrow [Depp] and Barbossa [Rush] are at the heart of it and there's a whole new set of story lines."

Apart from the old cast, new faces will also be seen in "Pirates Of The Caribbean 5."

"The Maze Runner" star Kaya Scodelario and "The Giver" actor Brenton Thwaites confirmed that they will be part of the movie. Jerry Bruckheimer even made the announcement on Twitter.

"Pirates Of The Caribbean: Dead Men Tell No Tales" will be directed by Norwegian filmmakers Joachim Ronning and Espen Sandberg, who is known for their work in "Kon-Tiki."