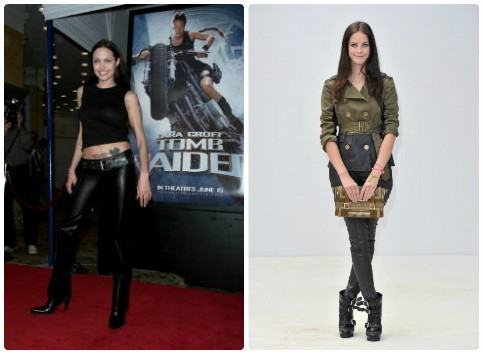 "Tomb Raider" reboot is really happening as Warner Bros. join forces with MGM and Graham King to bring back Lara Croft on the big screen.

Deadline reported that Warner Bros. will be in charge of the film distribution. Evan Daugherty, best known for his work in "Divergent," "Teenage Mutant Ninja Turtles" and "Snow White and The Huntsman," is confirmed to write the script of the remake.

In 2013, MGM was able to acquire the film rights to the video game series. They partnered with Graham King's GK Films since they acquired the rights from Square Enix in 2011 as reported by Variety. British video game publisher Eidos published the first "Tomb Raider" game in 1996, which is also now part of Square Enix.

Paramount Pictures released the film adaptation of "Tomb Raider" in 2001, which was headlined by Angelina Jolie. Brad Pitt's wife reprised her role in "Lara Croft Tomb Raider: The Cradle of Life" in 2003. The film series became an international success earning around $432 million worldwide.

Square Enix released an origin story of "Tomb Raider" in 2013 and this featured a younger Lara Croft. She got stranded on an island after being shipwrecked so most probably this is what we will see in the reboot. Many fans are now wondering who will be the next Lara Croft since they will most probably look for someone younger.

Angeline Jolie did a magnificent job portraying the heroine. Not only does she have perfect resemblance to the character, but she also kicks ass like her. So finding a female lead, who has the same attributes, may not be that easy.

A few years ago, rumors emerged that former "Skins" actress Kaya Scodelario is being eyed as the next Lara Croft. The 22-year old actress was surprised to find out that she's being linked to the new "Tomb Raider" movie.

"I don't know where the f***k that's come from! Imagine having to take over from Angelina Jolie - you just couldn't, could you? My auntie rang me up and was like, 'Kaya, I've just seen on Google that...' I'd literally not heard a whisper about that, at all," she told Total Film (via NME).

The British beauty recently starred as Teresa in "The Maze Runner" and she will reprise her role in "Maze Runner: The Scorch Trials" in 2015. Kaya Scodelario is currently filming "Pirates of the Caribbean: Dead Men Tell No Tales," which will be released in 2017.

With a busy schedule, will she still be interested in taking the role of Lara Croft in "Tomb Raider" reboot?

"That would be quite fun. Give me a couple of years to get my fitness up first, and then maybe I'll tackle that one, but I've no idea where that's come from at all," Scodelario said.