General Motors Ends Proxy Dispute With Activist Investors, Agrees To Buy Back $5 Billion Worth Of Its Stock 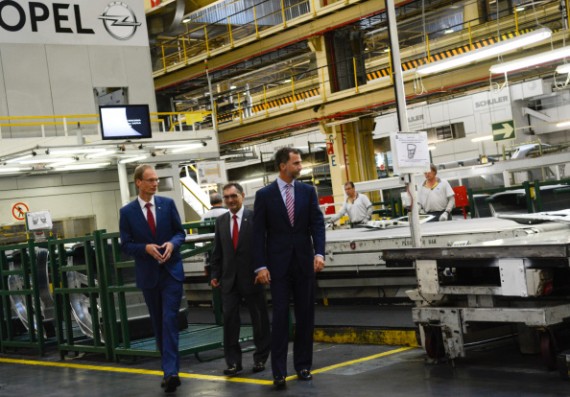 General Motors officials have decided to buy back $5 billion worth of its own stock, CBS reports, putting an end to an ongoing feud with activist shareholders.

"A foundational element of our approach will be to return all available free cash flow to shareholders, while we maintain an investment grade balance sheet that is underpinned by a target cash balance of twenty billion," said General Motors Chief Executive Officer Mary Barra said, according to the site.

The activist shareholders were in pursuit of a buy back sponsored by General Motors worth $8 billion while asking for former Auto Task Force member Harry Wilson to join the board of trustees. Wilson, however, is said to have reconciled those aspirations, ending his plans for assuming a seat on the board of trustees.

General Motors' buy back is expected to reward stockholders with augmented prices of individual shares.

"Today's announcement by General Motors represents the culmination of a constructive dialogue between our investor group, senior management and the Board," Wilson said, CBS also reports.

"As a result of this dialogue, we have arrived at a win-win outcome that includes a thoughtful approach to critical capital allocation issues and other important measures to increase long-term shareholder value."

General Motors was founded in 1908 and is headquartered in Detroit.