Chris Pine Could Be The Next Green Lantern! Will Common Join The ‘Star Trek’ Actor? ‘I Would Love To Be John Stewart’ Hip-Hop Artist Said 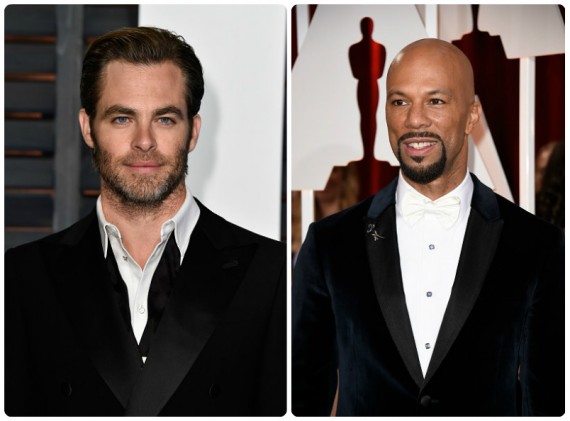 There have been rumors that Chris Pine could be the next Green Lantern and the reboot is reportedly scheduled for release in 2020.

Ryan Reynolds starred as Hal Jordan in the 2011 film and the movie didn't do well in the box-office.

Warner Bros. is planning to reintroduce the character in a reboot with a new actor to take on the lead role since Reynolds revealed that he is hesitant to do a sequel.

During an interview with MTV, the 38-year-old actor was asked if he is willing to appear as Green Lantern in the "Justice League" movie.

"Possible - but not likely," Reynolds said.

He was also asked if he has plans of buying the domain name for greenlanternsequel.com.

"I don't think you can sell that to anyone," the Hollywood star said. Since Ryan Reynolds already hinted that he won't return for "Green Lantern 2", new names started to emerge as the new Green Lantern and the most likely candidate is Chris Pine.

The rumors involving Pine to the "Green Lantern" movie reboot started when Umberto Gonzalez posted a photo collage of Green Lantern and the "Star Trek" actor.

"HOT RUMOR! #GREENLANTERN UPDATE! The name I keep hearing & floating around, is Chris Pine for Hal Jordan. Yes, Captain Kirk. Again, this is still just a RUMOR hence UNCONFIRMED," he wrote on Instagram.

Since there isn't any confirmation yet regarding Chris Pine being the next Green Lantern, could there still be a chance that they feature John Stewart instead of Hal Jordan?

There were reports that hip-hop artist Common was chosen for the role of the DC superhero for a "Justice League" project that Warner Bros. later on ditched as reported by Den of Geek.

Despite the failed opportunity, Lonnie Rashid Lynn (real name of Common) is still willing to take on the role.

"I would love to be John Stewart and play Green Lantern," the 43-year-old rapper admitted. "That was one of those things where I was so excited because we rarely see African-American superheroes or people of color as a superhero."

John Stewart will be a good match for Marvel's Black Panther, who is the first black superhero in the franchise to have a stand-alone movie. The lead star will be played by Chadwick Boseman and the film is scheduled for release in 2018.

"Unfortunately it didn't happen at that time," he said. "But maybe the possibility is that it could. I would love to".

With DC trying to pump up their superhero movies, it's not impossible to see Chris Pine and Common in the new "Green Lantern" movie.