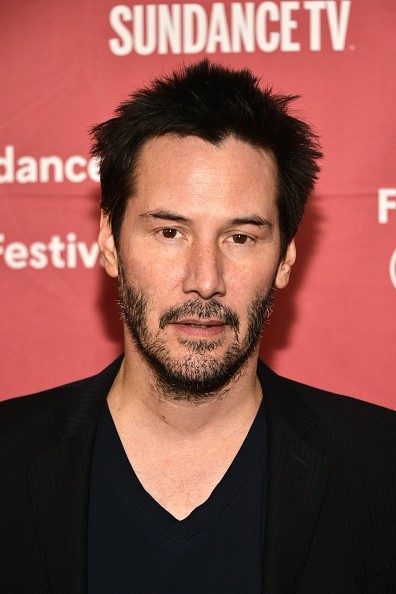 Keanu Reeves gained fame for the 1991 surfing flick "Point Break", but unfortunately we won't see him reprise his role as Johnny Utah in the remake. During a recent interview, the 50-year-old actor talked about his breakthrough role and its effect on his career.

"She [Bigelow] had this idea I could play Johnny Utah," he said as reported by The Independent. "It changed my life." After playing the undercover agent alongside Patrick Swayze, who starred as Bodhi, Reeves started headlining big Hollywood action films including "The Matrix" film series, "Speed", and "John Wick".

One of his directors revealed what the actor has that no other action stars have. "Keanu brings something different to an action movie - a soft side, instead of this guy that's just a Terminator," Chad Stahelski said. The Canadian actor also talked about the influence of Kathryn Bigelow's film in the movie industry.

"You can almost say that without 'Point Break', you don't have 'The Fast and the Furious'," Reeves said. "They're connected, aren't they, in terms of action?" With regards to the upcoming "Point Break" remake, Keanu Reeves seems hesitant to watch it. "I don't know. We'll see," he said. "It's cool that a period in time is trying to be inspired by something."

The reboot was supposed to premiere this summer, but was moved on Christmas Day after Paramount switched the release date of "Mission Impossible 5" from December 25 to July 31. Taking over Keanu's role as Johnny Utah is Luke Bracey, who recently starred alongside Pierce Brosnan in "The November Man".

The Aussie actor has some big shoes to fill since there will always be comparison to the original actor, but Bracey assured everyone that he won't be copying Reeves in "Point Break" remake. "It would be disrespectful for me to mimic Keanu," he told Belfast Telegraph. "This is a new and updated version of Johnny Utah."