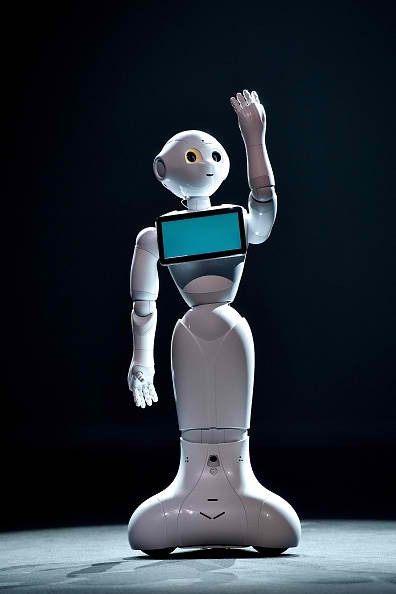 Those wanting to have a robot that can understand human emotions can have one soon.

Japanese tech giant Softbank Corp. is selling a humanoid robot called Pepper, which is touted to comprehend emotions ranging from happiness to anger.  During its launch on Thursday in Tokyo, the waist-high robot interacted with celebrity guests, took photos and and appeared to show happiness when praised, the Associated Press (AP) reported.

Softbank founder Masayoshi Son added that Pepper has the potential to develop a unique personality depending on how owners interact with it. The AP reported that the robot is programmed to be happy when attended to, sad when ignored, and it can cheer up people as well.

The robot was inspired by Son's childhood fascination with Astroboy, a popular Japanese cartoon character of a friendly childlike robot.

Pepper was developed by SoftBank subsidiary Aldebaran Robotics SA, wherein China's Alibaba Group Holding Ltd . and Foxconn Technology each has a 20% stake. It uses IBM's artificial intelligence technology. The robot was unveiled a year ago, but will only be commercially available this month as the company worked on its emotion recognition programming.

Bloomberg reported that Softbank plans to sell Pepper at $1,600 per unit, which is below production cost. The company will replicate Apple's model of profiting from the subscriptions to the apps that may be installed in the machine.  Son said 100 apps have already been developed for Pepper. The robot may also be rented for $12 per hour.

Initially designed to provide companionship, the robot is now also being marketed as having business applications with Sotbank offering a service plan that allows for voice recognition and installation of apps. Japan's Mizuho Financial Group has already announced in March that it plans to deploy the robot in its stores starting next month.

Sale of Pepper will initially be limited to Japan, with overseas sales likely to come in the coming months. Unfortunately, according to Son, Softbank is ready to sell only 1,000 units every month.