McDonald's To Close More US Stores Than It Will Open, People's Preference For Healthier Food A Problem 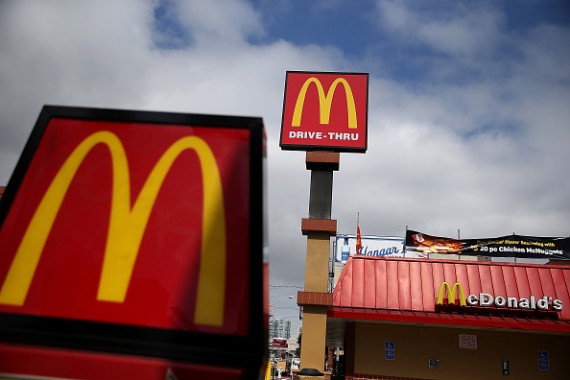 For the first time in 40 years, American fastfood chain McDonald's Corp. will close more restaurants in the U.S.  than it is opening as the company continues to struggle against increased competition, preference for healthier food and loaded menus that slow down service.

An Associated Press (AP) report based on regulatory filings showed that the burger chain is set to slim down its U.S. presence, where it has 14,300 stores, with fewer branches set to open compared to what it plans to shutter. The company declined to specify the number of stores it plans to close, but said it will be a mix of company-owned and franchised locations.  This follows McDonald's announcement in April that it will close 700 underperforming stores worldwide.

AP noted that McDonald's has not shrunk in the U.S. since the 1970s based on its filings with the  Securities and Exchange Commission.

McDonald's remains the leading burger chain in the U.S., having twice as many stores as second place Burger King per industry tracker Technomic, but it has struggled recently from internal and external pressures.

Consumers have shied away from McDonald's with the increasing preference for healthier food. New burger joints have also risen marketing themselves as having "better burgers" according to AP. Analysts have also pointed to McDonald's packed menus as a drag on performance, as customers have to wait longer to get their food with the staff having to juggle different orders.

McDonald's was also recently caught in the minimum wage debate in the U.S. with its decision to pay a dollar more than the minimum for workers in company owned stores questioned by franchisees concerned with additional costs, while employees said the raise is short of expectations.

Despite its domestic challenges, it has sustained its global growth with plans to add 300 stores to its 36,000 branches.

Analysts added that the retreat is a strategic one for McDonald's, and sees the move as an effort to strengthen the business by opening new ones in better locations.