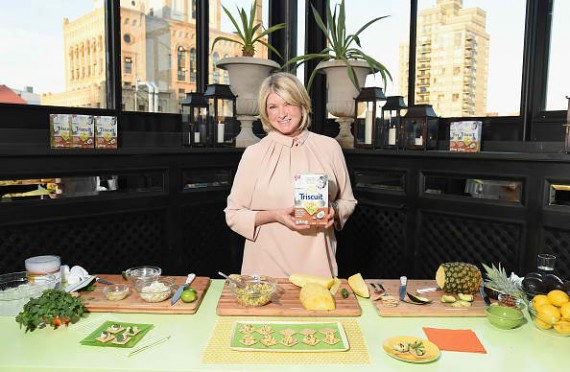 Struggling to replicate its early success coming from the popularity of its founder and challenged by changing taste of audiences, multimedia and merchandising company Martha Stewart Living Omnimedia Inc. is reportedly close to being bought by a firm that licences popular brands.

The Wall Street Journal first reported that the company, founded by American television personalityand homemaking guru Martha Stewart, is nearing a deal to for its sale to Sequential Brands Group Inc. The news boosted the Martha Stewart Living's shares by 26% to $370 million, but this was below the heights reached by the company in its initial public offering in 1999, when its value rose to nearly $2 billion.

Once Sequential Brands completes the acquisition, it will gain a company whose primary strength is now in merchandising various housewares that carries the Martha Stewart brand and a struggling media division, which once published popular magazines named after the television personality.

With the deal, Sequential Brands, valued at $569 million, is set to add the Martha Stewart brand to its roster of celebrity brands, which include pop stars Jessica Simpson and Justin Timberlake's Rast Brand among others, reported Wall Street Journal. Sequential Brands shares rose by 12.7% on the news of the possible acquisition.

Stewart founded Martha Stewart Living in 1997 and grew the company by capitalizing on her popularity, which provided a ready market for its various offerings from housewares to television programs.

Stewart, however, was caught in an insider trading scandal in 2004 that hurt her brand and led to a six-month jail term. This forced her to give up management of the company, although she remained her controlling stake, according to the Wall Street Journal.

She returned in 2012 as chairman, but could not reverse the decline of the company, which has been forced to shutter several magazines and trim down its broadcasting operations to cut costs due to changing consumer tastes.

Despite these efforts, the company continues to struggle. Wall Street Journal noted that Martha Stewart Living's $141.9 million revenues last year was 12% lower than 2013 and less than half what it booked in 2007. The company has also been in the red for the past few years, losing $5 million in 2014.