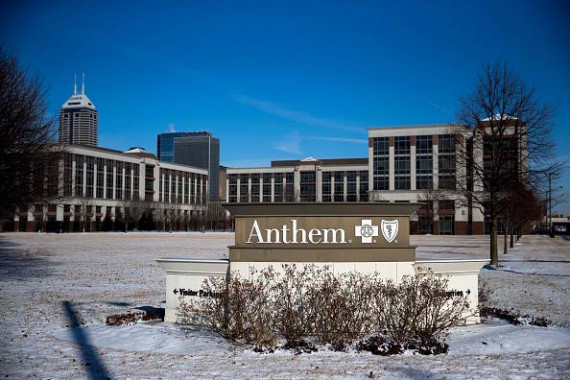 Anthem Inc., the U.S. second largest health insurer, has offered to buy smaller rival Cigna Corp. for about $47 billion as industry players  consolidate to manage costs as applications rise due to the the Obama administration's landmark Patient Protection and Affordable Care Act.

Anthem is offering a 29% premium to Cigna's average closing price for the past trading 20 sessions or $184 per share. Almost a third will be paid in anthem shares while the balance will be in cash, according to a Bloomberg report.

Top U.S. health insurers have been on the lookout for acquisitions to get more members enrolled in as the administration's national healthcare reform law has led to new kinds of insurance, cut government payments for medical services and introduced new healthcare taxes, Reuters reported.  Growing bigger will help them negotiate for better prices and improved networks of doctors, it added.

Aside from Anthem, market leader United Health Group was interested  in buying rival Aetna Inc., which had also proposed to acquire Cigna and another rival Humana, Inc. Cigna itself was also reportedly looking to buy Humana.

A merged Anthem and Cigna is set to generate annual revenues of $115 billion. The surviving firm will be 24% owened by Cigna shareholders and have 53 million members in commercial, government, consumer and other kinds of health insurance plans.

Bloomberg reported that Anthem has made four written proposal to merge with Signa starting in August 2014 and with an offer of $174 per share on June 3. But aside from the price the two sides have yet to agree on leadership of the company and members of the board.

Cigna wants its CEO, David Cordani to retain his position in the merged entity, while Anthem is proposing he serve as president and chief operating officer of the combined entity for two years while its own CEO, Joseph Swedish, run the company. Anthem said the board can decide on the new CEO afterwards.