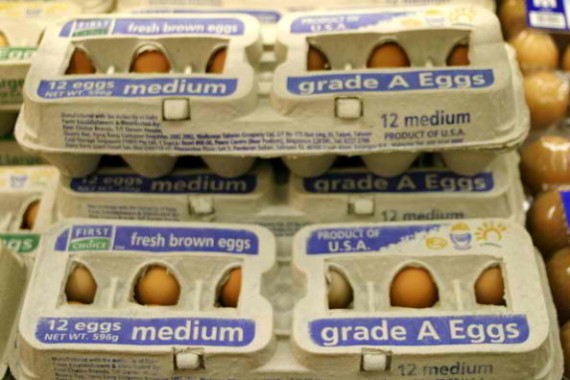 U.S. restaurants continue to struggle from the impact of the avian flu that swept the country last year, as eggs have grown scarce and more expensive forcing some establishments to raise prices.

The Associated Press reported that the price for a dozen eggs have more than doubled to $2.62 according to industry analyst group Urner Barry, while the Department of Agriculture trimmed its forecast of egg production to 6.9 billion, lower by 5.3% than its projection in 2014.

Several restaurant owners interviewed by AP said they were contemplating passing on the higher costs to customers as the pricier eggs eat into their margins. Others such as Texas-based Whattaburger are trying other methods to manage egg consumption such as reducing the window when customers can order items with eggs.

Prices of eggs have slipped recently but industry officials estimate that egg production could return to normal in two years as the avian flu has devastated turkey and chicken farms, which have lost 48 million birds to the disease.  It is estimated that the U.S. has 300 million chickens that lay close 90 billion eggs annually.

The Agriculture department estimated that more than a tenth of egg-laying birds have been lost to the flu, which started in California in the winter and swept to the rest of the country.  Several countries have banned the importation of U.S. chicken to protect their markets from the disease. This has helped funnel more supply to the domestic market and ease the tightness for poultry products that the country is experiencing.

The U.S. Centers for Disease Control and Prevention have advised the public that there is a low risk of this strain of avian flu infecting humans, but the agency still provided interim guidance on testing and prophylaxis.